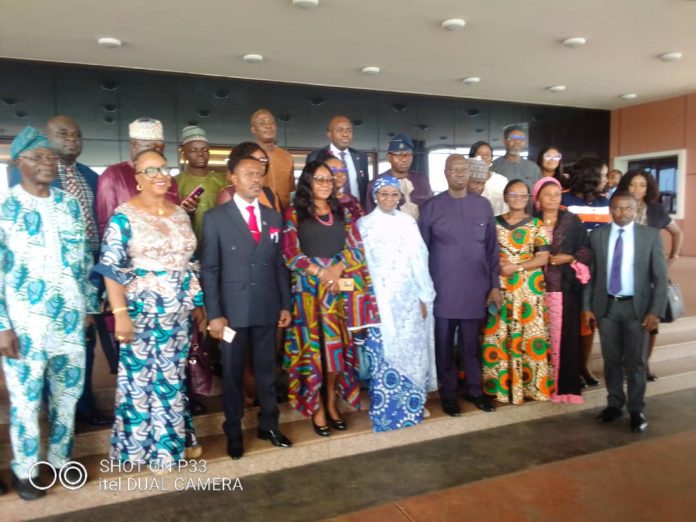 Delta State Government (DTSG), has lauded the West African Examination Council (WAEC) for the effective conduct of examination and proper assessment of students.

The State Commissioner for Secondary Education, Mrs. Rose Ezewu gave the commendaton in Asaba when the chairman and members of the National Committee of WAEC paid her a courtesy call as part of its 60th meeting in the state.

Mrs. Ezewu said that the Okowa Administration had continued to prioritise the education system, adding that the WAEC had proven to be reliable in the conduct of its examinations.

She pledged the State Government support for the council through the State Ministry of Basic and Secondary Education.

In his remarks, the Permanent Secretary in the Delta State Ministry of Basic and Secondary Education, Mr. Augustine Oghoro said that WAEC was a formost examination body saddled with the responsibility of providing quality and reliable educational assessment.

Mr. Oghoro stated that the certificate issued by the council was equivalent to those issued internationally, adding that the council had formidable structures that always ensured smooth conduct of its examination.

He opined that the council encouraged regional integration in all aspects just as he appreciated the council for its proposed merit award for some Secondary schools in Delta State.

Abdulkadir, who is the Director of Secondary School Education in the Federal Ministry of Education, commended Delta State for its enormous achievements in the education system, saying that the state had performed creditably.

She described WAEC as an important assessment body that was irreconcilably committed to ensuring the realisation of its mandates.

Hajiya Abdulkadir said that WAEC carried out its functions with utmost integrity, noting that the council was exceptional in assessing Nigerian child.

For his part, the Director of Examination and Standard in the state, Mr. Sunday Egomagwuna said the meeting would have multiplier effect on the conduct of examinations in the state even as he lauded stakeholders for the contributions to the growth of the sector.