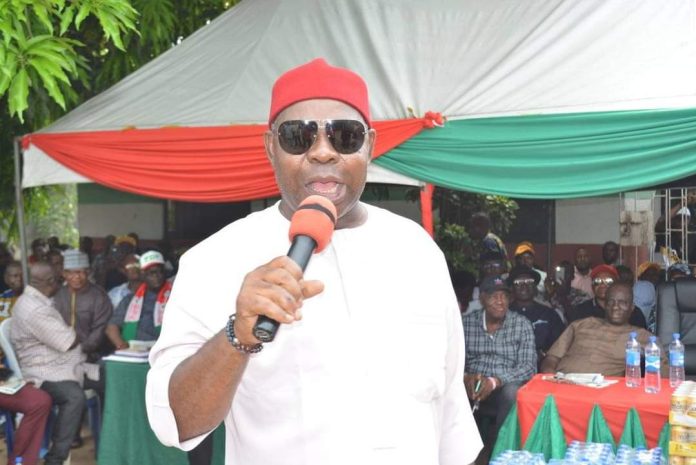 As the 2023 general elections draw closer, the Ndokwa West PDP has inaugurated it campaign committee with a promise to win all elections.

Inaugurating the committee at the party secretariat on Saturday in Kwale, the council headquarters, Engr. Dan Ossai, the Delta State party secretary, maintained that the party has what it takes to achieve overwhelming success in the area. 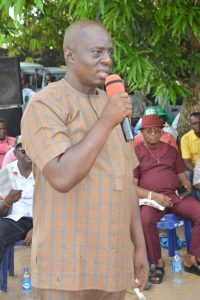 He tasked the campaign team to unite all party members, adding that “We have a lot to market PDP. We must unite with agreived members and non members of our party.”

While thanking the women of the party for their activeness in politics stressed that PDP is an organised party that believes in women empowerment.

“This is the first time we are having a vice presidential candidate in the person of senator Ifeanyi Okowa, the governor of Delta State. Okowa’s administration has committed about N25 billion in Ukwuani LGA alone in building infrastructures, that is for one LGA in Ndokwa so we must work hard for the success of the party.” 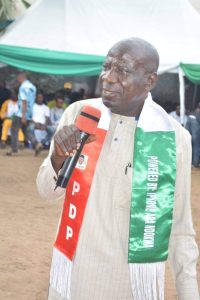 “Elections are won at our homes before the election day. This is the time for the job. APC ‘Association of Poverty Creators’ must never be allowed to get back to power that is why as PDP we must work as a family. Ndokwa has deputy governor in-waiting that is why we must prove our mettle.

Responding on behalf of the campaign committee, Hon. Sam Osasa expressed delights on the confidence repose on them promising to deliver Monday  Onyeme who is the pride of Ndokwa nation.

Osasa who is the Coordinator of the committee urged the party members to work for 100 percent victory at the polls insisted that Atiku and Okowa ticket is the choice of Ndokwa people. He described the ‘Obedient Movement’ as a complete scam. “We must campaign vigorously because this elections votes must count.”

He however paid tribute to Rear Admirer Mike Onah, the chairman of the Advisory committee for his commitments for the party.

In a remark, the member representing the Ndokwa West constituency at the state assembly, Hon. Charles Emetulu said; “Ndokwa West must prove their support during the elections, and we must focus our campaign at wards and units levels.”

On his part, the deputy governorship candidate, Chief Monday Onyeme sued for greater support across board advising party members in the LGA to work as stakeholders in the system.

According to him, the campaign team in Delta North headed by him has instituted cash award ranging from N5 million, N3 million and N1.5 million for first, second and third positions respectively for the highest vote cast among the 98 wards in the senatorial district.

The Chairman of the Advisory committee, Rear Admirer Mike Onah decried the poor foundational political challenge that confronted the Ndokwa nation which he traced to the time of the Nigerian Peoples Party NPP and National Council of Nigeria and Cameron NCNC wherein the Ndokwa nation voted for the later spearheaded by Nnamdi Azikiwe even when Zik never had a structure in Ndokwa nation making Ndokwa to be in the opposition.

He warned that the mistake must not be repeated through the ‘Obidient movement’ in Ndokwa because Ndokwa has a lot to gain from the PDP government.

Onah recalled how the former Vice President of Nigeria late Admirer Augustus Aikhomu who after retirement in the navy together, encouraged him into the politics even when he was aversed to it due to the bad character of the average politician in Nigeria.

He declared that any vote for APC and Labour Party will be wasted votes because the parties and their candidates have nothing to offers.

The Commissioner for Housing, Chief Festus Ochonogor noted that with the PDP Vice Presidential candidate and the deputy governorship candidate in the state, members of the party must make sacrifices to succeed.

“The ward’s committee are very important for our party. We have political appointees that will play critical roles for our success so there is no way the ‘Obedient’ should have their ways. In politics there are issues but the ability to resolve them is very important.” He stressed.