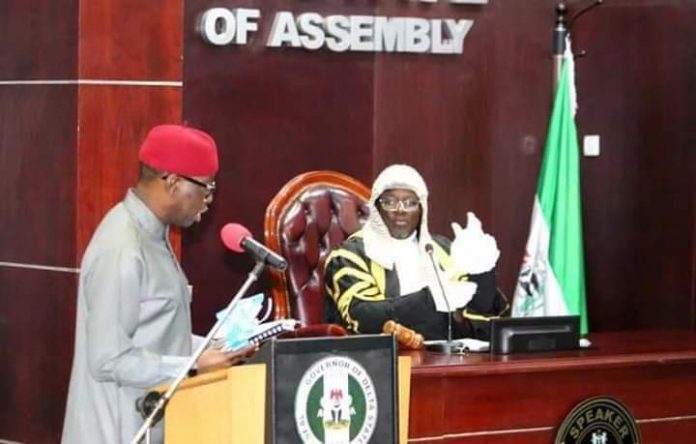 The Delta State Government has announced that it was taking steps to review the 2020 budget to reflect current economic realities occasioned by the Coronavirus pandemic ravaging the world.

The state’s Commissioner for Information, Mr Charles Aniagwu, made this known in Asaba while briefing newsmen on the outcome of the State Executive Council meeting held virtually on Thursday.

He said that critical ministries would begin to take a look at the different projects they were handling with a view to giving value to the people and ensure that even beyond the COVID-19, the economy was kept safe and sound.

“At today’s Exco, we were much more concerned about the state of the economy of our state, and that meant that we needed to take a second look at the 2020 Budget as well as take other decisions that will make life much better for our people.

“In view of this, the Exco took a second look at the 2020 budget with a view to knowing how we can prioritise.

“You will recall that the Exco approved N389 billion for 2020 Budget and in the wisdom of the State House of Assembly, it was taken to N395 billion and that was signed into law.

“That particular budget took into cognisance certain parameters like the budget benchmark on oil price at 57 dollars per barrel and other indices.

“But, going by the present realities triggered by two principal factors – the drastic reduction in oil price in international market which has fallen far below the projected estimates used in putting together the 2020 budget.

“Secondly, the lull in the global economy today triggered largely by the COVID-19 which has led a number of states to close down commercial and economic activities.

“These two factors combined, have very grave implications on the ability of government to continue as if nothing has happened and so we are concerned with how best we can serve our people by ensuring that the pains of COVID-19 and the sharp fall of oil will trigger will not directly hit our people the way it is coming,’’ he said.

The commissioner stressed that the government was taking a look “as to how to prune the size of our 2020 budget and at the same time re-prioritise our areas of interest, particularly with a view to dealing with that aspect of the budget that will enhance the welfare of our people’’.

According to him, the Exco is convinced that at a time like this, the interest and survival of the people is paramount; much as we still pay very critical attention to projects, we believe that the number one project now is the survival of our people.

“Once we are done with the review, in no distant time we will still hold another Exco session with a view to concluding the final reductions and the estimates as well as passing it over to the House of Assembly for the purpose of amendments to the 2020 budget.

“The reason why we have to that is because it is imperative that every member of government realise that we cannot carry on as if there are no changes,’’ he said.

He also disclosed that the Governor, Sen. (Dr) Ifeanyi Okowa, had directed that all appointees must at this critical time, “continue to interface with our people at the grassroots.

“In giving that directive, he is mindful of the fact that you may not have all the resources that the people require, but there is the need to continue to talk with them, understand their plight for the purpose of also communicating same to government so that where government needs to come in, government will do so.

“We believe that it is not a time to run away from our people; it is a time for them to understand that the government is very much aware of the realities of the present day.

“This is why we have to maintain closer ties with those who made it possible for government to be in the first place, and that is the electorate.”

Aniagwu stated that the index case of the pandemic recorded on Tuesday in the state, was receiving treatment and responding well, adding that 17 contacts with him had been successfully traced and had been asked to self-isolate. 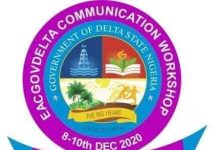