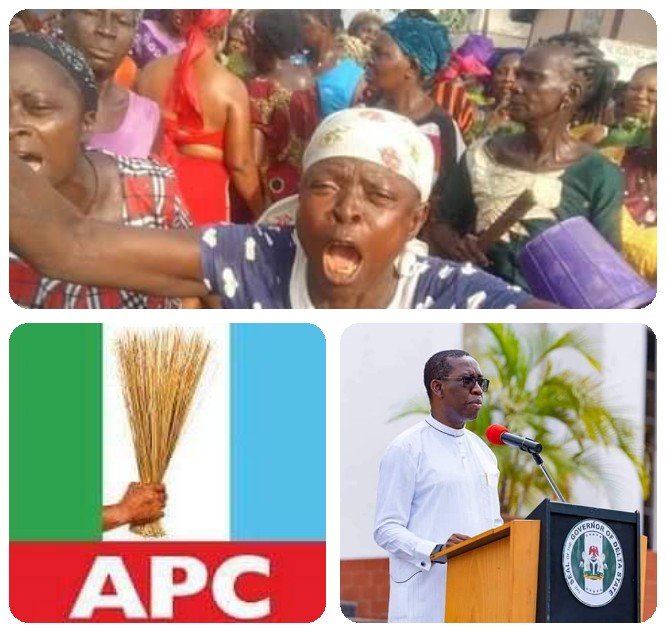 Read the full statement of the Delta APC regarding the anti protest held in Sapele over the lockdown order by the state governor, Dr. Ifeanyi Okowa….

Unfortunately, while Deltans complied with the directives of the State Government, the Government on her part abdicated her social responsibilities of providing food palliatives for the suffering Deltans, particularly the vulnerable and those whose survival depend on their daily work. Deltans who felt unjustly treated by the State Government murmured on daily basis.

When some Residents in Sapele area of Delta State could no longer bear the hardship foisted on them for no cause of theirs, there was spontaneous peaceful demonstration against the extension of the lockdown for another 14 days by the State Government. Instead of the grievances of the people been looked into by the State Government and security men on ground, information at our disposal says that trigger-happy security agents fired live cartridges from their guns which resulted in three people substaining different degrees of injuries.

As if that was not enough, the Commissioner for Information, Delta State who has being displaying and making anti-Deltans’ comments recently, granted interview to Africa Independent Television (AIT) today, wherein he shamefully alleged that the spontaneous reaction of the Residents, particularly the women in Sapele, was politically motivated!

APC, Delta sees that embarrassing statement from the Commissioner for Information as an attempt to divert attention from the State Government ineptitude in bringing about things that benefits Deltans. If we may ask: What measure had been put in place by the government in ameliorating the suffering of Deltans? None! How did the Commissioner for Information came to that jaundiced conclusion that the spontaneous reaction of people had political connotation? Who were/are the politicians he referred to? If he had foreknowledge of the political meeting that resulted in the peaceful demonstration, what step did he take to have the meeting called off by those politicians?

To our mind, the allegation of the Commissioner for Information is a figment of the Government imagination! It is preposterous of him to make such blanket allegations! This is unbecoming of public servant who is a mouthpiece of a government.

In Lagos, Osun, Ogun, Rivers and some neighbouring States, their Governors had provided succour to their citizens to wit, face mask, hand sanitizers and eatables. In Delta, the Government is waiting for federal response/food palliatives, which it intend to use to play politics. What an insensitive Government!

While we urge Deltans to remain law abiding and avoid actions capable of compounding the fragile heath situations in Delta State, occasioned by Covid-19, we challenge the State Government to do what is expected of her in providing succour to suffering Deltans.

We call on the State Commissioner of Police to thoroughly investigate those involved in the unwholesome shooting of peace loving Residents of Sapele, and bring the perpetrators to book.

Also, we want to use this opportunity to reiterate our call for the sack of the Commissioner for Information. He had caused Deltans enough embarrassment and pains with his unguarded utterances. 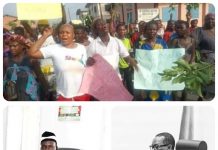 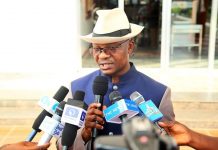