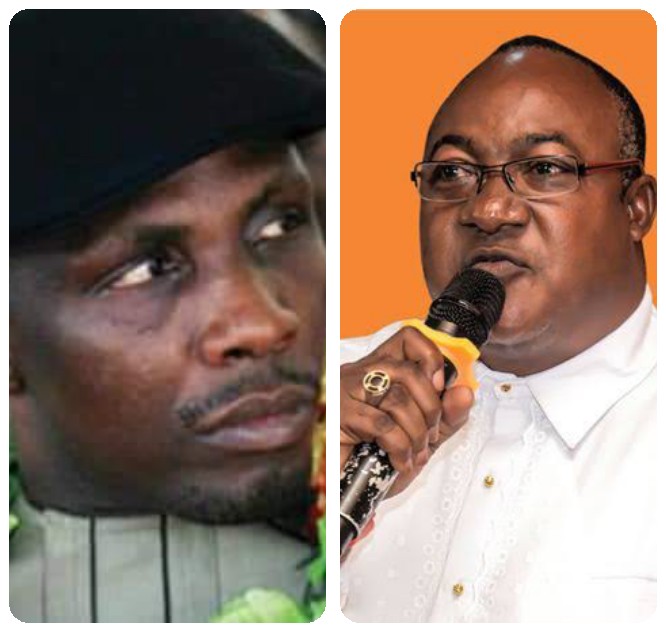 The oil-rich Niger Delta Region was on Wednesday thrown into jubilation when the High Court, Lagos discharged and acquitted  ex-warlord, Chief Government Ekpemupolo, aka Tompolo of all charges levelled against him by the  Economic Financial Crimes Commission  ( EFCC ).

Tompolo who is highly respected  in the country, especially in the oil rich Niger Delta Region where he has attracted a lot of developmental projects  has been at the receiving end of the EFCC with his properties confiscated and some allegedly sold by the Commission.

The other defendants in the case were a former Director-General of the Nigerian Maritime Administration and Safety Agency, Patrick Akpolokemi, Kime Engozu, Rex Elem, Gregory Mbonu and Warredi Enisuoh.

Three other firms – Odimiri Electrical Limited; Boloboere Property and Estate Limited; and Destre Consult Limited – were also defendants in the criminal case filed by the Economic and Financial Crimes Commission in 2015.

Tompolo was initially joined as the first defendant in the case, but following his refusal to answer repeated court summonses, Mr Festus Keyamo (SAN), who handled the case for the EFCC, had to apply to the court that Tompolo’s name be removed from the charge sheet.

In a ruling on Wednesday on the defendants’ no-case submission, Justice Ibrahim Buba, pronounced that the prosecution “failed to establish a prima facie case” against the defendants.

He, therefore, dismissed the entire 40 counts filed against the defendants by the EFCC, through Keyamo, and set them free.

But relief came his way on Wednesday when the court freed him of all charges.

In a  swift reaction, Chief Godspower Gbenekama T.D.A  (JP ), the Fiyewei  (Spokesman) of Gbaramatu Kingdom on behalf of Gbaramatu Traditional Council of Chiefs, hailed the judgement,  describing it as a welcome development.

While congratulating Tompolo on what he described as a well deserved victory, Chief Godspower Gbenekama said that the people of the Niger Delta Region are elated over the judgement.

“Today,  we received with gladness the judgement given in favour of an illustrious son of the Niger Delta Region,  Chief Government Ekpemupolo, aka Tompolo.  We are very happy over the judgement. We have been waiting for this day to come as we are sure of victory and today,  we got what we have been praying for. To God alone be the glory”.

The Gbaramatu Spokesman also said that; “As I speak to you,  there is celebrations across the Niger Delta Region as a  result of the judgement. Our son, Tompolo is a  very peaceful person and he has the pains of his people and all Nigerians at heart. He has attracted so much attention and development to the Niger Delta Region. We are very proud of him of Tompolo”.

Chief Godspower Gbenekama added; ” This victory is not just for the people of Gbaramatu Kingdom or the people of Niger Delta Region alone,  this is a victory for all well meaning Nigerians.  The Judiciary is still the last hope of the common man in the society and therefore, I  salute the Federal High Court,  Lagos for doing what is right”.

He used the opportunity to call on the Federal Government to speed up the development process of the  Niger Delta Region, adding that; ” Our son, Tompolo and others have  been in the  forefront of the  agitation for the development of the region. We want to see massive infrastructural development in the region”.

He reeled out the  demands of the people  to include; the restart of the Export Processing Zone (EPZ) Gas Revolution Industrial Park, Ogidigben and Deep Seaport, Gbaramatu Project, to restart the Omadinor-Excravos road project that was discontinued by the administration of President Muhammadu Buhari, the  immediate halt of the current bidding process for the 57 Marginal Fields and come up with modalities where competent companies owned by Gbaramatu sons and daughters will be given the right of first refusal on fields located in Gbaramatu and within the Warri South-West local Government Area, the urgent and immediate relocation to Gbaramatu of the Floating Dock/Ship Building Yard, and a clear path to employment and appointment opportunities for their qualified sons and daughters.

They  warned that if the demands were not met, the people would shut down Oil and Gas operations in their homeland  and urged President Buhari to intervene to avert fresh crisis in the Oil and Gas industry. 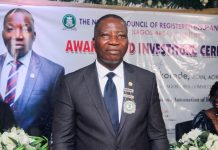 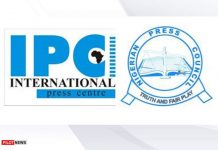 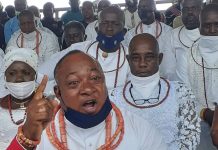