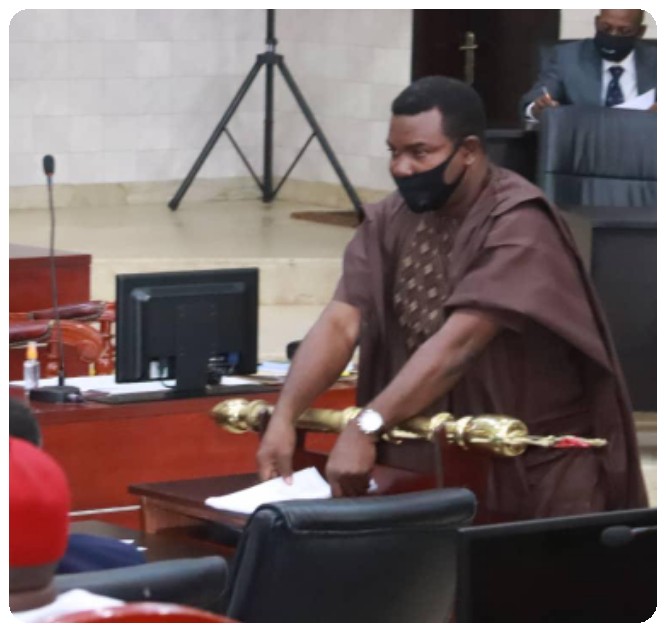 A Bill for a law to provide for the administration of Urban and Regional Planning, Urban Development, Urban Renewal and Building Control Activities in Delta State has passed second reading at the State House of Assembly.

Hon Elekeokwuri while leading debate on the voluminous bill, divided into eight parts, said the main intent of the bill is to give legal backing to activities that would enhance the environment, structures and development of the state.

He explained that it would also give birth to the setting up of an Urban and Regional Planning Board, saddled with the responsibility of implementing development blueprint in major cities in the state.

The Lawmaker reminded his colleagues that anyone that fails to plan, had planned to fail, stressing that a system that is not planed snowballs into anarchy, hence the need for a law that would give legal backing to Urban renewal initiatives of the state government.

Hon Elekeokwuri maintained that the Urban and Regional Planning Board to be established would be manned by relevant professionals, who will be charged with the responsibility of removal and demolition of illegal and unauthorized development and structures, granting of development permit among others within the state lands, especially those designed for development purpose.

The Ika North East Representative, said tribunals will be established in the three senatorial districts for appeals, noting that the proposed law would provide a master plan for urban cities across the state, which would be renewed every five years.

Hon Elekeokwuri further explained that a department in the State Ministry of Lands, Survey and Urban Development is already handling some of the issues raised in the bill, saying that the proposed law will help to consolidate government efforts in that regards.

Throwing their weight behind the passage of the Bill, Hon Solomon Ighrakpata, Uvwie and Pat Ajuduah, Oshimili North, said the bill has so many merits, especially in the area of bringing sanity to urban and rural cities across the state.

The Lawmakers stated that the proposed law will help to ensure that people avoid building in wrong places, stressing that erection of building and structures without approval has distorted the master plan of some of the cities in the state.

They expressed happiness that the proposed law will provide for the establishment of local planning authority in the three Senatorial Districts of the state to ensure a well planned environment.

Ighrapata and Ajuduah also acknowledged the provisions of compulsory Comprehensive Impact and Risk Assessment on any major structure to be built in the state as well as the issue of prompt payment of compensations to individuals or families when such arises.

The second reading of the Bill was unanimously adopted when put to voice votes by the Speaker, Rt Hon Sheriff Oborevwori, who subsequently referred the bill to the House Committee on Urban Renewal for scrutiny.