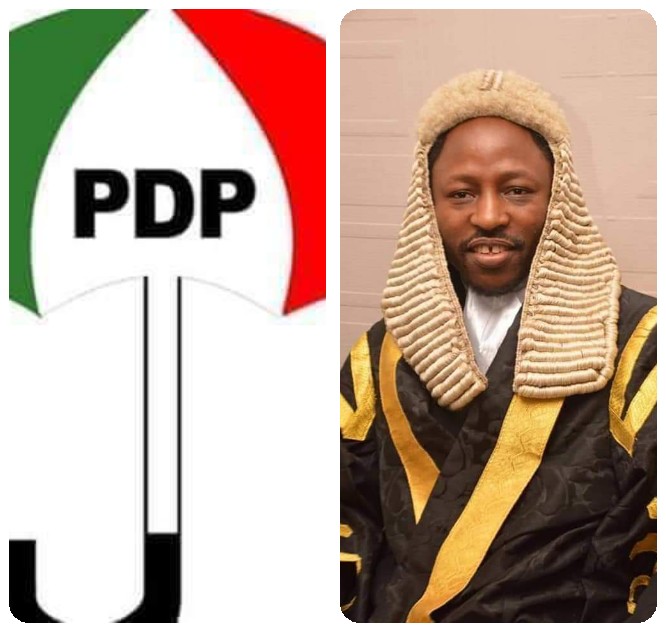 The State Working Committee (SWC) of the Delta State Chapter of the Peoples Democratic Party (PDP), has suspended the member representing Ndokwa-East State Constituency in the Delta State House of Assembly, RT. HON. FRIDAY OSANEBI, for a period of Three (3) Months.

This action is sequel to the recommendations of the Disciplinary Committee set up by the Party and Chaired by Rt. Hon. (Barr.) Lovette Idisi, to investigate the former Delta State House of Assembly Deputy Speaker, whose recent actions were deemed to be potentially inimical to the peace and harmony of the Party and tantamount to causing discord and disaffection among loyal Party members.

The State Working Committee, after a critical appraisal of the recommendations of the Disciplinary Committee and with due cognizance of the fact that ALL court cases instituted against the Party from Ndokwa-East have been withdrawn, decided to mitigate the sanctions recommended by the Disciplinary Committee and instead, imposed the Three (3) months suspension on him, with the caveat that he will desist forthwith from such actions that are tantamount to causing disaffection within the Party.

The State Working Committee also strongly reprimanded PRINCE BURN OWHOVORIOLE, a Party member from Ughelli South LGA, who had earlier taken the Party to Court, following the outcome of the Party Congress in his Ward, but quickly withdrew the Court case, as an act of good faith, just before the Disciplinary Committee commenced its sitting.

The Delta State PDP hopes that these decisions to suspend Rt. Hon. Friday OSANEBI and also reprimand Prince Burn Owhovoriole, will not only serve as a clear signal to other Party members that Party discipline and harmony should always be paramount and maintained in all our actions and utterances but will also deter those intending to tow the same line to have a rethink of their activities subsequently.

While thanking the Chairman and members of the Disciplinary Committee for a detailed and thorough job well done, we urge all Party members to remain calm and law-abiding and most importantly, to adhere strictly to the COVID-19 directives and advisories, mandated by the State Government, the medical and health authorities. COVID-19 is real.

Please stay safe and act safely always. Together, we can overcome the pandemic by the Grace of God. Amen.

PDP! Power to the People.