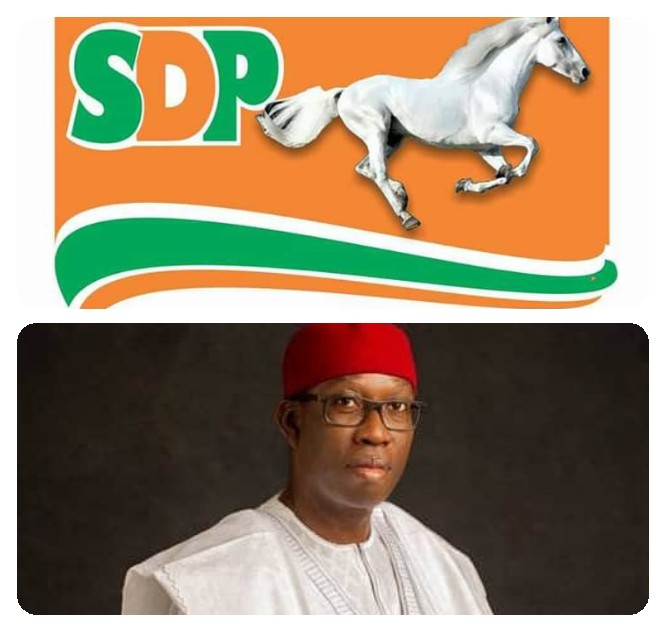 The Social Democratic Party SDP, has appealed to the Delta State Governor, Senator Ifeanyi Okowa to reconsider the government plans to suspend the payment of the new minimum wage for civil servants grade 7 to 17 owing to the fall in revenues of the state occasioned by Covid19.

The chairman of the party in Delta State, Amb. Oke Idawene JP, who addressed journalists yesterday in Asaba, called on president Mohammadu Buhari, to ensure that all those found to have collaborated in the looting of the NDDC funds were made to return such money to government coffers and face justice.

He added that the majority of the civil servants were not happy with the development saying year 2020 has become a year of ‘survival and not year to carry out massive projects’. “If salaries are cut what happened to their needs?” He queried.

Idawene however, decried the manner with which some opposition leaders in the state reigns abuses on the senior civil servants in the state urging the press not to be allowed to be use to smear the image of reputable Deltans irrespective of the office they occupies.

Idawene who is also the Chairman of Forum of States Chairmen of SDP, backed the government move to establish the state security outfit ‘Operation Delta Hawk’ to tackle rising security challenges, saying the security of lives and properties remains the core duties of any serious government.

While expressing gratitude to God for the quick recovery of Governor Ifeanyi Okowa and family, the SSG Mr. Chiedu Ebie and Commissioner for Information, Mr. Charles Aniagwu from the Covid19, he appealed to Deltans to adhere to protocols put in place to curtail the coronavirus pandemic.

“Let me commend the state government for the pace and quality of work being done on the Asaba – Ughelli dual carriageway. The job being done on the road dualisation is worthy of commendations. The beautification of Asaba by the Asaba Capital Territory Development Agency is also worth celebrating, very soon the glory of Asaba will be restored.” He noted.

The SDP chieftain challenged traditional, political and youths leaders in the Niger region to rise up and save the Niger Delta Development Commission NDDC, from imminent collapse owing to the rots in the Commission.

The party described the ongoing saga orchestrated by the Minister of the Niger Delta Affairs, the Interim Management Committee IMC and the immediate past Managing Director of the Commission as embarrassing to the people of the Niger Delta region.