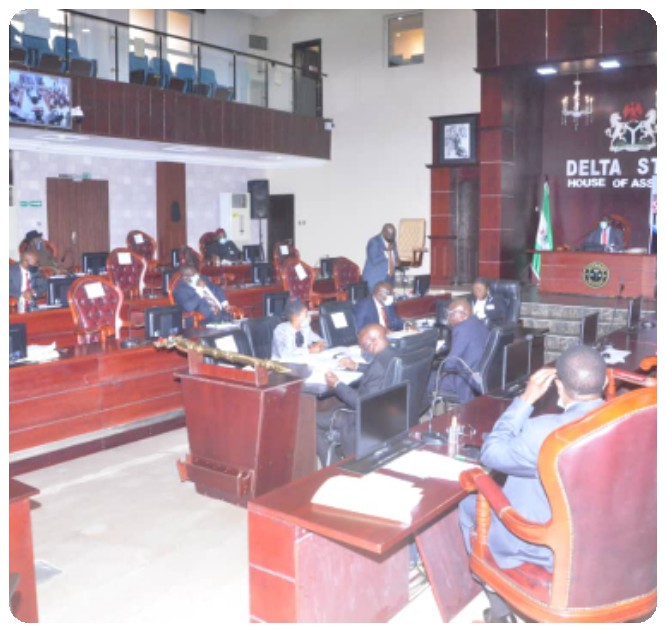 The State House of Assembly Committee on Peace and Security has submitted its report on the Delta State Occupational Safety Bill.

The report was submitted at plenary presided over by the Speaker, Rt Hon Sheriff Oborevwori by the Chairman of the Committee, Hon Asupa Forteta, representing Burutu one Constituency.

The Bill is for a law that will make it compulsory to procure and install Smart Surveillance Cameras in public places to aid crime prevention and investigation.

Hon Forteta, while presenting the report disclosed that, owing to the covid-19 protocols, members held online conference meeting with stakeholders to get their Input which were of great assistance in turning out the report.

He stated that the committee had reproduced the bill with proposed amendment for further legislative actions by the house.

The House Leader, Hon Tim Owhefere, in a motion, moved for the receipt of the report of the committee for consideration, seconded by Hon Anthony E. Elekeokwuri, Ika North East and adopted.