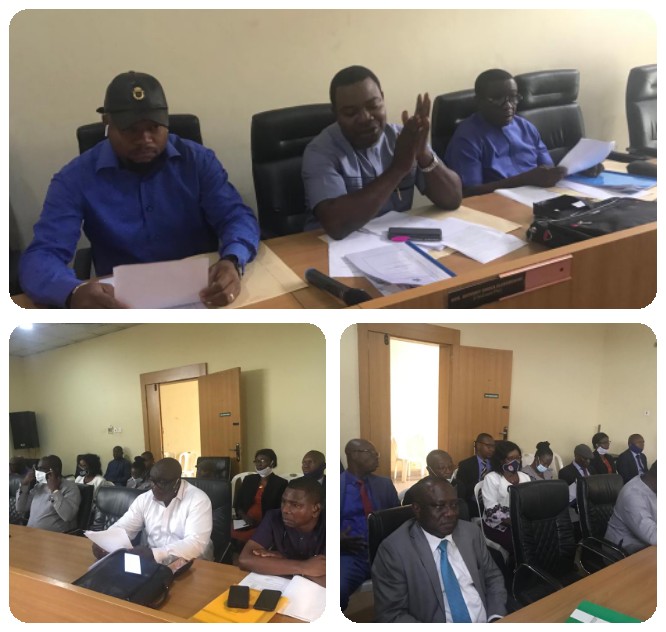 The Public Accounts Committee of the Delta State House of Assembly has commenced the consideration of the Statutory Audit Reports of the year 2017, 2018 and 2019 of the twenty five Local Government Councils in the state.

In his remarks at the flag off of the exercise at the State House of Assembly Complex in Asaba, the Chairman of the Committee, Hon Anthony Elekeokwuri, said the Committee had earlier received the audited accounts of the various local government councils in the state from the office of the Auditor-General, Local Government.

Hon Elekeokwuri who represents Ika North East in the House, stated that the exercise is expected to last one week and will be looking into issues that emanated from the Auditor-General’s Audit report.

He noted that each of the various Chairmen of the twenty five local government councils and Officers in charge of accounts, will appear before the Committee to explain queries raised in the Audit report as well as other observed irregularities.

Flanked by the Deputy Chairman of the Committee, Hon Solomon Ighrakpata and other members, the Lawmaker noted that the exercise is not a witch-hunt activities or probe, but to further deepen the issue of transparency and accountability in the governance of the state.

Hon Elekeokwuri explained that the constitution of federal republic of Nigeria as amended and other relevant financial laws of the state empowers the House Committee on Public Accounts to time to time look into the financial books of government ministries, departments and agencies.

The Lawmaker restated the commitment of his led Committee to effectively carry out the mandate without fear or favour, saying that public expectations on the members were high.

Hon Elekeokwuri disclosed that at the end of the ongoing exercise, the Committee will generate it report and tender it at plenary of the House for further legislative actions.

The Auditor-General, Local Government, Mr Abel Esievo, said the Delta State House of Assembly was on the right part as the exercise was one of the recommendations of the World Bank.

Mr Esievo stated that there was the need to finalize all issues raised on the Audit Reports of 2017, 2018 and 2019 of the various local government councils in the state.

The Chairman, Association of Local Government Chairmen, ALGON, Delta State, Sir Itiako Ikpokpo, commended the Public Accounts Committee for the exercise, stressing that the issue of accountability in any system can not be overemphasized.

Other members of the Committee including, Honorables Emeka Nwaobi, Peter Uviejitobor, Felix Anira Charlse Onyiyere and Fred Martins, while Mr Alex Joe is the Committee Clerk.