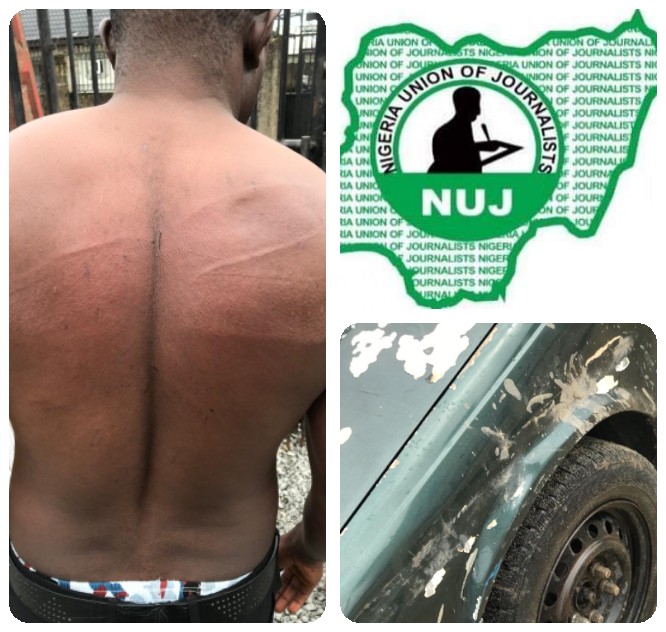 The Delta State Council of the Nigeria Union of Journalists (NUJ), has condemned an attack on Vanguard Correspondent, Comrade Akpokona Omafuaire by the Ovwian policemen in Warri.

In a statement jointly signed by the Chairman and Secretary, Comrades Michael Ikeogwu and Patrick Ochei respectively, the Union vehemently condemned the assault, maintaining it was unfortunate and uncalled for.

The Statement therefore called on the Commissioner of Police, Mr. Mohammed Hafiz Inuwa to immediately fish out the policemen involved in the molestation of the journalist and destruction of his car and appropriately sanction them.

The Union further reminded the CP that journalists are part of those on essential duty as enunciated and clarified by the Governor of Delta State, Senator Ifeanyi Okowa in his address while declaring the 48 hours curfew to restore sanity in the state after hoodlums hijacked the #EndSARS Protest to destroy Government facilities and properties.

Reading in parts, the statement insisted that “Journalists should not be objects of attacks by the police while carrying out their legitimate functions. The #EndSARS protesters are attacking journalists and media houses and at the same time the police are assaulting us. Where do we run to?

“We insist that the Police Commissioner must fish out Sergeant Godspower and other accomplices in this show of extreme power, otherwise we will severe ties with the police in the State.”

Moreover, NUJ in the Statement also cautioned the police to leave journalists out of their quagmire, affirming that Nigeria is in this dire situation today because of police recklessness and brutality.