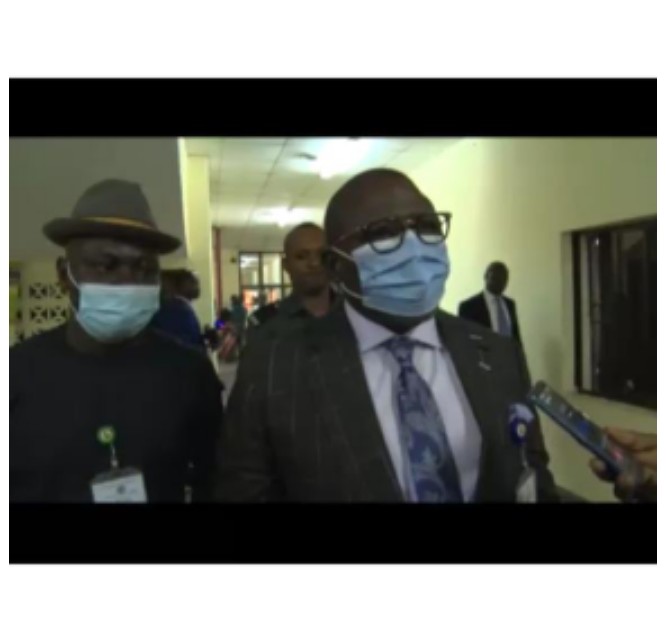 The Delta State Appropriation Bill 2021 is expected to be passed next week Tuesday when the State House of Assembly reconvene for plenary.

The Speaker, Rt Hon Sheriff Oborevwori disclosed this while addressing newsmen immediately after an unscheduled visit to one of the budget defense session of the Finance and Appropriation Committee with the MDAs.

Rt Hon Oborevwori said the budget defense sessions of the various standing committees of the House which are sub committees to that of Finance and Appropriation, have been very eventful and commended members for their commitments.

He disclosed that the sub committees are expected to within the next few days submit and defend their reports before the Finance and Appropriation Committee.

The Speaker explained further that the Finance and Appropriation Committee would subject the reports to further scrutiny and is expected to turn in the final report on the Appropriation Bill on Tuesday when the House reconvenes.

The Speaker expressed the hope that all the required legislative processes would be concluded as scheduled as the House was committed to early passage of the Appropriation Bill.

In a related development, the Delta State Government has expressed optimism that the state economy will soon begin to receive some boom, as hope rises globally following the gradual easing of Corona virus pandemic.

The State Commissioner for Finance, Chief Fidelix Tilije who spoke shortly after defending his Ministry’s 2021 budget estimates before the State House of Assembly Committee on Finance and appropriation, disclosed that the state government is already putting in place robust economic framework that will help in revitalizing the state economy.

Addressing newsmen immediately after the exercise held at the State House of Assembly Complex, Asaba, Chief Fidelix Tilije described the outgoing fiscal year as most challenging for the world economy.

He however enjoined Deltans to keep hope alive, saying that government is already working assiduously towards revitalizing the economy.

Chief Tilije said 2021 will produce a better Delta state, stressing that the good fortunes started on Tuesday this week when about 810 youths were engaged in a training course where they would be empowered after their training.

The Finance Commissioner commended the sound synergy between the three arms of government in the State, noting that the collaboration had contributed immensely to the development of the state.

Chief Tilije had while appearing before the Finance and Appropriation Committee being presided over by its Vice Chairman, Hon Festus Okoh, announced a proposed capital budget of six hundred and forty nine point two million naira for the ministry of finance among other budget estimates.