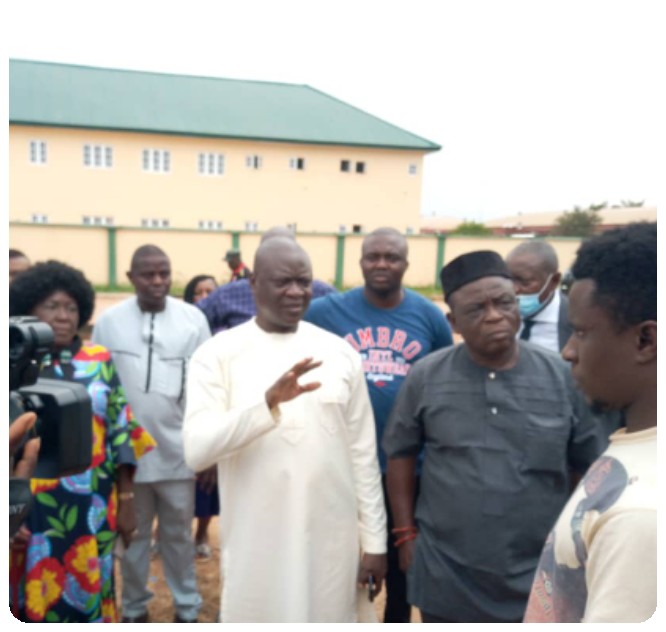 The Delta State House of Assembly Committee on Housing, Women Affairs and Social Development has seriously frowned at the large numbers of illegal structures in the State Government’s Junior Staff Quarters in Asaba.

The Chairman of the Committee, Hon Ferguson Onwo who led members of the Committee on oversight visit to the housing complex, directed that all the illegal constructions that are not part of the estate design be demolished within one month.

The visiting Lawmakers were conducted round the Housing Complex by top management of Delta Development and Property Authority, DDPA.

The Chairman of the seven member Committee, Hon Ferguson Onwo, representing Isoko South 2, said the estate must be returned to its original design.

The Lawmaker emphasized that the estate was well planned, stressing that illegal constructions were constructed in violation of the law and should be demolished without compensation.

Flanked by two other members of the Committee, Honorables Pat Ajudua and Peter Uviejitobor, Hon Onwo warned occupants to desist from further erection of illegal buildings, stating that there would be no sympathy towards those who deliberately go against the detects of the law.

He directed the DDPA authority to furnish the Committee with details of those allocated the houses to ascertain individual allocations and the level of allegations of encroachments.

On the information of a violent attack on DDPA surveyor who was to determine the boundary between new property and old residents properties in the estate, Hon Onwo condemed the ugly incident and called for the persecution of the alleged perpetrator of the crime.

He said attacking the Surveyor with a Marchet by the resident was lawlessness taken too far, and expressed the hope that the law will take its course to discourage a repeat of such act.

The Lawmaker stated that the new school will bring education closer to residents the area and environs.

The Chairman, board of DDPA, Mr. Emmanuel Utomi who conducted the lawmakers round the quarters said the assault on staff of the Agency has been reported to the police and is currently under investigation.

He stated that the newly constructed Height Estate which will have one hundred and twenty flats in the first phase will parade state of the art facilities, such as evacuation free sewage which will be converted into cooking gas for occupants. 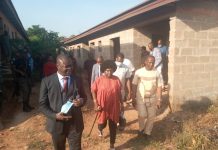 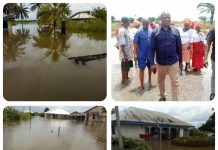