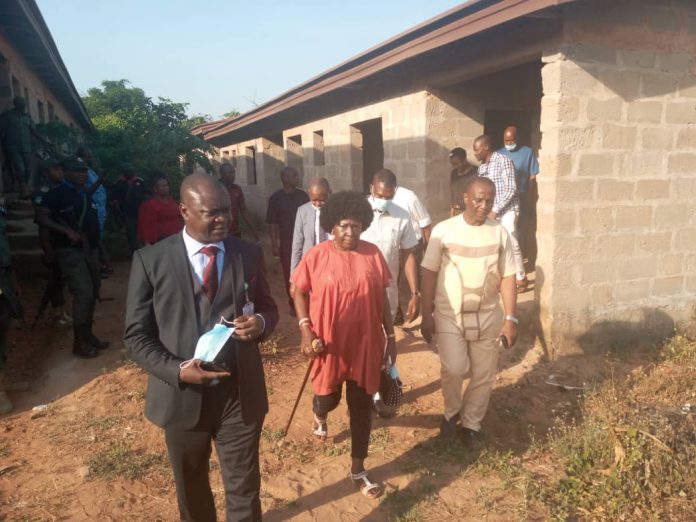 The State House of Assembly Committee on Housing and Women Affairs and Social Development, has directed the Delta Development and Property Authority, DDPA to revoke undeveloped plots of land which have been allotted for over five years.

The Chairman of the Committee, Hon Ferguson Onwo gave the directive when he led members on an oversight inspection of properties being managed by the DDPA in the state capital territory.

The Lawmakers which included the Chief Whip of the House, Hon Pat Ajudua and the Minority Leader, Hon Innocent Anidi were at the DDPA estate on the Ibusa, Asaba express way and the Okwe Housing Estate, Asaba.

At the DDPA Estate on the Asaba, Ibusa expressway, the committee observed that many plots of land were undeveloped, creating room for encroachment by alleged land grabbers and speculators.

The Chairman of the Committee, Hon Ferguson Onwo noted that once a land has been allotted and the allottee failed to pay within six months the land would be revoked.

The Lawmaker who represents Isoko South 2, also pointed out that failure by the allottees to develop their land five years after payment the DDPA has the power to revoke and reallot.

Hon Onwo said the agency must live up to it responsibility to ensuring that all allottees commence immediate development or have their allocations canceled and reallocated.

He directed the management of DDPA to submit documents used for land allocation to the committee by Monday next week to examine and ascertain whether government land or part of it has been illegally acquired or converted to private use.

Hon Onwo stated that all illegal occupants should be identified and recommendations made for recovery and appropriate sanctions.

The Committee Chairman observed that the DDPA has been empowered to generate funds for government, even as he frowned at the fact that the organisation had not been able to fully harness its potential in revenue generation.

At the Okwe Housing Estate, the Committee discovered that several illegal structures that were not part of the original design of the complex have defaced the environment.

Hon Onwo warned the occupants involved in such act to desist and directed the illegal structures be pull down or face the full weight of the law.

The Chairman of the Delta Development and Property Authority, DDPA, Mr Emma Utomi said they have entered into partnership with the private sector in bridging the housing deficits in the state, pointing out that the agency was also faced with obvious challenges.

Mr Utomi commended the Committee members for the inspection visit, saying that it had held to discuss ways to move the agency forward. 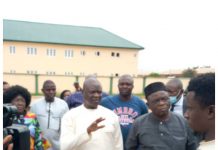