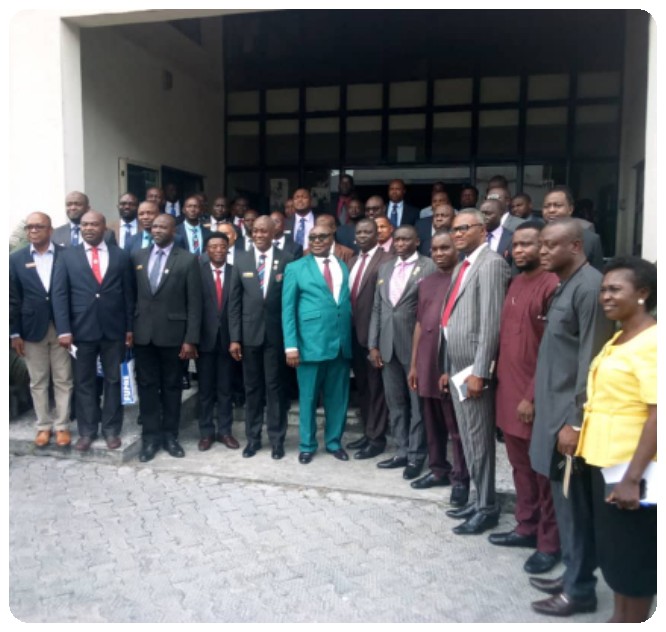 Speaking at the annual International Environmental Management Stakeholder’s Conference organised by the Chartered Institute of Environmental And Public Health Management of Nigeria on Thursday, at the Institution, the Vice Chancellor stated that the discovery of Oil in Oloibiri in 1958 was a welcome development, but lamented that the interest was only on the crude oil, and gas was left to flare without considering the Environmental pollution, but though ascribed this to lack of available technology to process the gas as at that time.

He however thanked the Federal Government for its efforts in ensuring the environment is safer for the citizens especially those who reside in such areas of exploration with the initiative of the Ajaokuta-Kaduana-kano Gas Pipeline project.

He maintained that the air we breathed in, the food we eat and water we drink is very sacrosanct to healthy living. As such he said; he commended the organisers especially for choosing notable topics such as; Integrating Environmental Concerns Into Pollution Management – Role of Institutions, Professional Ethics And Corporate Organisations, delivered by Engr. Prof. S. A Olagoke,JP, FNIM,FAES,FNATE and the topic; ‘Challenges Of Environmental Degradation and Effects of Gas Flaring Of Public Health and Climate Change In Nigeria also delivered by Engr. Prof. Olagoke amongst other guest speakers.

Highpoint of the ceremony was the formal induction of the vice chancellor into the institute and investiture of executive committee members of the Delta State Chapter of the Institute.