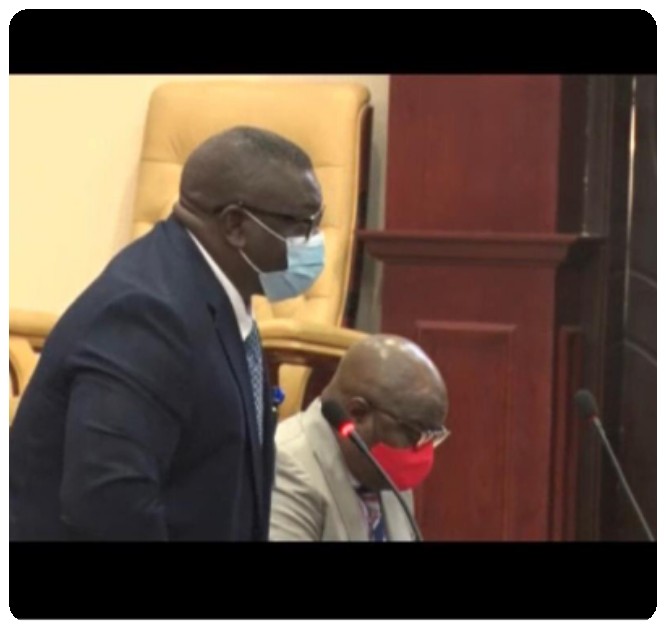 The Deputy Speaker of the Delta State House of Assembly, Rt Hon Ochor Christopher Ochor says issues of transparency and accountability in governance of the state will always receive the needed attention of the House.

The Deputy Speaker was reacting to the adoption of the Audit reports of the Auditor General (State), on the Accounts of the State Government for the year ending 2016, 2017 and 2018 fiscal year by the State Legislature.

Speaking immediately after plenary where the the report of the House Committee on Public Accounts on the three years audited account was submitted, considered and adopted, Rt Hon Ochor said the House will continue to promote good governance in the state.

The Deputy Speaker stated that the novel legislative exercise was a constitutional provision and in line with the various provisions of the relevant financial laws of the Delta State Government as enacted by the State Assembly.

Rt Hon Ochor who seconded the motion for the adoption of the audit report as moved by the Majority Leader, Hon Tim Owhefere, maintained that the House shall always encourage and support government’s drive for prudent management of the state resources.

He commended the Chairman and members of the House Committee on Public Accounts for the detail report on the Auditor-General, State, audit report presented at plenary for discussions and subsequent adoption.

The Deputy Speaker restated the commitment of the House at ensuring speedy passage of bills and motions before it, and commended the synergy between the State Legislature and the Executive.

On the Delta State Appropriation Bill recently passed by the House, Rt Hon Ochor, expressed optimism that year 2021 will witness greater development in the state.

Describing the indices used in the budgetary projections as realizable, the Deputy Speaker stated that Governor Ifeanyi Okowa has shown capacity at providing democratic dividends to Deltans.

He said what is mostly needed is the sustained support of the people.

Meanwhile the Chairman, House of Assembly Committee on Public Accounts, Hon Anthony Elekeokwuri has said that the Auditor General (State) report on the Accounts of the State Government for the year ending 2016, 2017 and 2018, were painstakingly scrutinized in line with world best practices.

He disclosed that public hearings were held, facts and figures collated and analyzed, stressing that the recommendations of the committee were very clear and unambiguous.

The Lawmaker stated that the Committee discovered the the state Government did very well as regards the issue of records keeping.

Hon Elekeokwuri disclosed that submission of the Statutory Audit Reports by the Auditor General (State) was in complaisance with both section 125, sub section 5 of the constitution of Federal Republic of Nigeria and section 12 sub section one of the Delta State Audit Law.