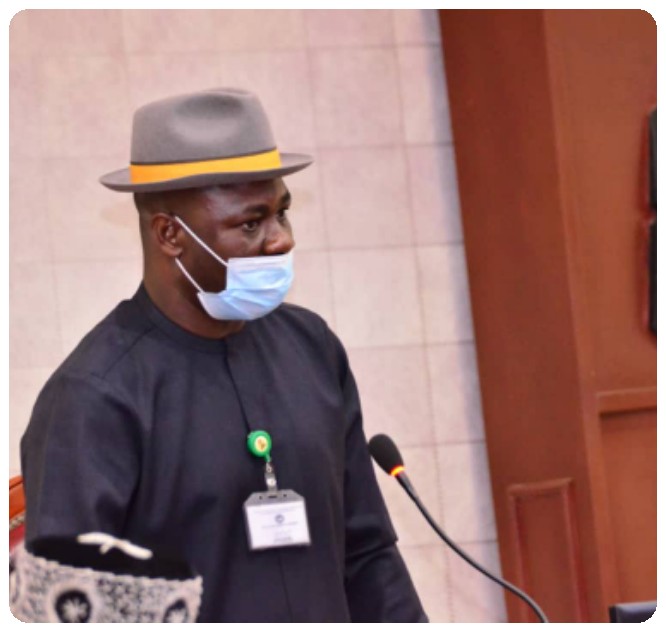 A bill for the enactment of the Delta State Environmental Conservation law and other matters connected therewith, has scaled through second reading on the floor of the State House of Assembly.

The lead sponsor and Member Representing Warri South-West constituency, Hon Dennis Emomotimi Guwor, who led debates on its merits, said the bill will put the 7th Assembly in the annals of history as the House that saw tomorrow.

Hon Guwor said the bill which is made up of seven parts, fifty clauses and seven schedules, seeks to provide for the management of the environment in respect to the conservation of the bio-diversity and the ecosystem.

It also seeks to set aside funds for the financing of the government afforestation programs, protect and preserve species both animals and plants that are near extinction as well as constitution of green areas as game reserve in the state.

The Lawmaker pointed out that the issue of conservation of the environment has become a global phenomenon, especially in this era of climate change as a result of the ozone layer depletion, explaining that the resources being talked about are non-renewable and could be extinct at any time.

The Warri South West Representative, hinted that clause seven of the bill prohibits as unlawful acts for anybody to enter into a biodiversity reserve for the purpose of mining and other activities without the permission of the appropriate authority.

Guwor stressed, “Mr Speaker, there are special plants that are endangered and almost extinct. The proposed law will make it an offense for anyone to uproot, fell, injuries or strips off the bark or leaves of these plants”, saying that the proposed law will reduce the menace of erosion and situation destroying the environment.

The Lawmaker said damages to any plant species in the red list, shall be liable to two years imprisonment or ten thousand naira fine per stump.

He disclosed that the Bill also provides that whoever purchases, sells or possesses any plant in the red list, commits an offence and shall be liable on conviction to one year imprisonment or a fine of ten thousand naira or both.

The Lawmakers while commending the initiative of the proposed law, stressed that it is all about regulation and restoration of the environment for future generations.

No member spoke against the bill.

The Speaker, Rt Hon Sheriff Oborevwori, who presided over the plenary referred to the bill to the House Committee on Environment, Oil and Gas for further legislative actions.