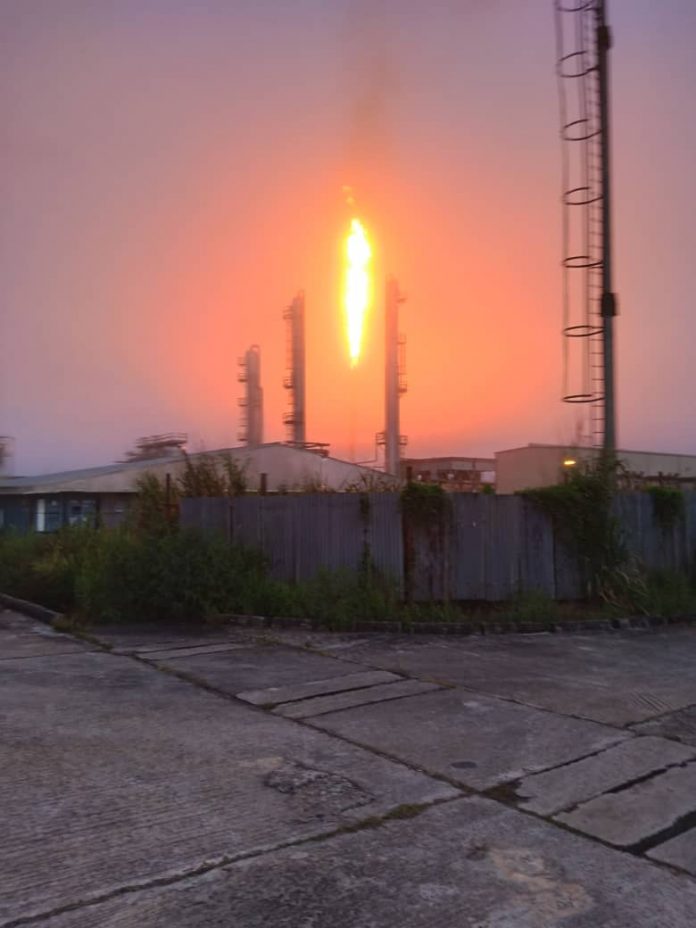 The shutting down of the flow station will cause Nigeria’s economy further to bleak as the country begins losing 30 thousand barrel per day crude as well as 50 million cubic of gas daily and it has plunged Egbin Power plant and those areas and states they supply into darkness.

The National body of the two union NUPENGASSAN had ordered for the shutting down of the flow station due to several months of unpaid severances of the Pan Ocean workers which the management and federal government have signed more than seven months ago.

They are however angry that after several months writing series of letters of reminder to Pan Ocean, NNPC, DPR, NAPIMS as well as Ministry of labour and Minister of State for Petroleum Resources no attention and attempt to pay them, they noted that NPDC has commenced taken over the facility but they haven’t rolled over workers as it is the norm practiced in the oil and gas industry .

OML 98 and OML 147 Oredo and other companies flowing through Pan Ocean flow station have all been affected as 30 thousand barrel per day crude oil goes off Nigeria quantum of crude daily production.

and directed that they shutdown operations if NNPC, NAPIMS Ministry of Petroleum doesn’t resolve the issue amicably by paying the workers what’s due them.