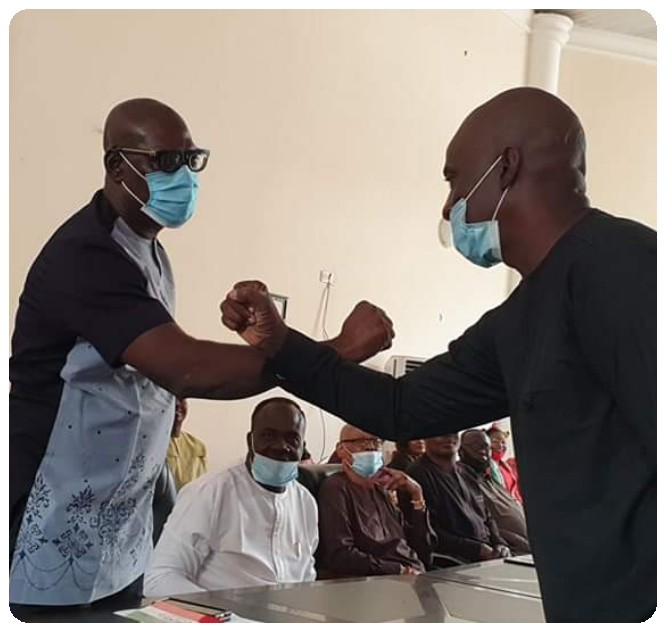 The immediate past Chairman of the People’s Democratic Party PDP, in Ndokwa West LGA, Engr. Dan Ossai has been inaugurated as the state secretary of the party in the state.

Addressing party faithful at the event, Barr. Kingsley Esiso, the state party chairman, maintained that the inauguration of the officers was inline with section 14 of the PDP constitution, which stated that when an officer resigned his position, the office will be filled by candidate from same area where such an officer hailed from.

“You must try as quickly as possible to recognize the responsibilities of your offices. And you should know that managing public office is different from private office. Now that you are members of state working committee, try to familiarize yourselves with the workings of the Secretariat.”

According to the chairman, “the major tasks ahead of us now is the March 6 council election. You must join hands and work assiduously to ensure that our party emerge victorious at the poll.”

In acceptance speech, the newly inaugurated secretary, Engr. Ossai assured the party faithful that he was in a familiar terrain hence will contribute towards enhancing the peaceful coexistence of the party in the state.

“I thanked governor Ifeanyi Okowa for facilitating our emergence today, I also thanked leaders of our party for their support towards today’s event.

“Mr. Chairman, I want to assure you that I am in a familiar terrain and I will contribute to your leadership to ensure that your vision is realize.”

Meanwhile, a chieftain of the party in the state, Chief Samuel Osasa, who spoke to newsmen on the emergence of Engr. Ossai as the state secretary, said he was confident on the ability of the new secretary to perform, adding that his emergence was a square peg in a square hole.