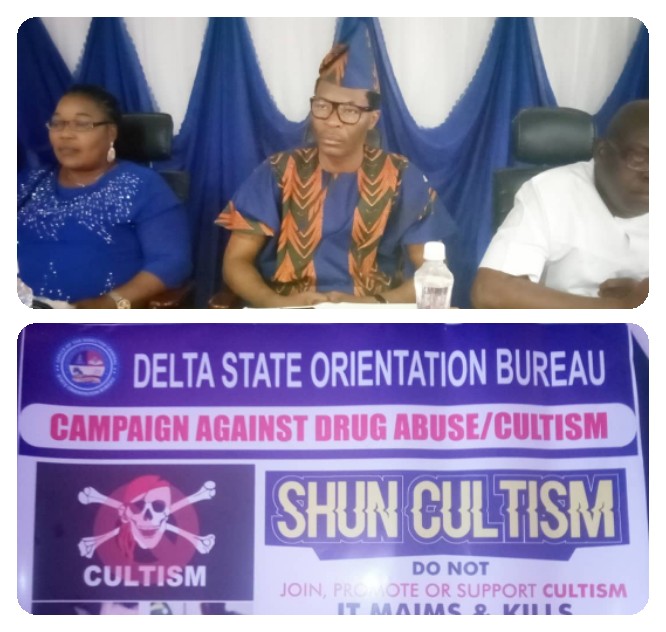 The Delta State Bureau of Orientation has concluded plans to drum home the danger inherent in cultism and drug abuse among students in the state.

The Director General of the bureau, Eugene Azuka Uzum Esq, dropped the hint in his office in Asaba today, Thursday, January 4, 2021.

Uzum said that there was the urgent need to refocus the fight against the hydra headed menace of cultism and drug abuse among youths from not only the higher institutions of learning, but to the breeding ground among secondary school students, even down to the primary level of education, in the state and beyond, adding that the bureau had taken a critical survey of occurrences of cult related issues across the three senatorial districts of the state before deciding to embark on the planned sensitisation exercise against the said menaces in the state.

The Orientation boss disclosed that the exercise would kickoff on Monday, February 8, 2021 at the Government Model School, GRA, Asaba, beginning from 10: am, adding that the sensitisation train would thereafter move from there to some other select schools in the state capital before heading off to other schools across the state.

He urged critical shareholders to join hand with the state government in the battle against cultism, drug abuse and other social malaises among youths, adding that cultism not only maims ones physical structure, but destroys the future of the youths in the society.

Over 90 secondary schools, 30 each from the three senatorial districts of the state, have been earmarked for the planned sensitisation exercise by the bureau, which would last for over two weeks. 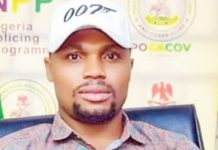 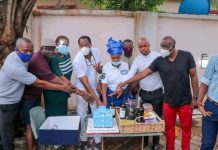