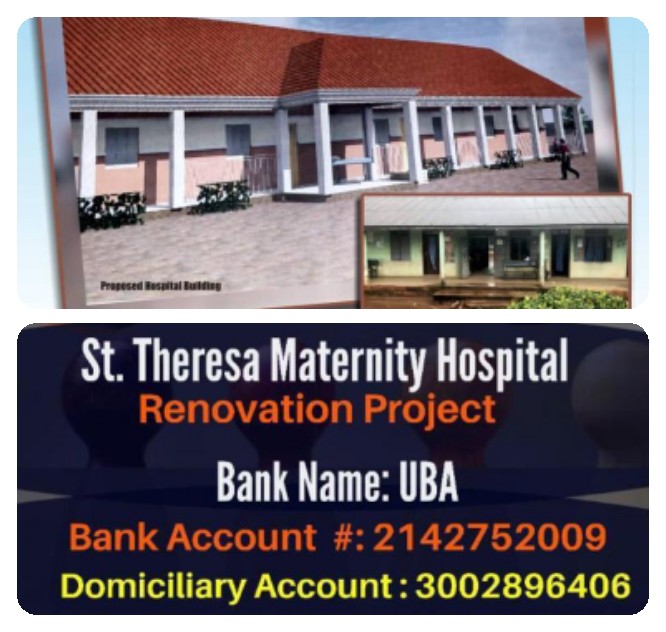 Issele-Uku sons and daughters in America and Canada have concluded arrangements for the launching of N40 million St. Theresa’s Maternity and Hospital Issele-Uku rehabilitation project, slated to hold virtually on February 28, 2021, in America.

In a Statement signed in USA by the Convener of the Fundraiser Committee, Dr. Augustine Nwabueze, the event would hold virtually from 12 noon while other cities and countries would zoom in according to their time zones – Pacific Zone: 12noon – 2pm, Eastern Zone: 3pm – 6pm, GMT: 8pm – 10pm, Nigerian Time: 9pm – 12 midnight.

In the Statement, Dr. Nwabueze gave the history of the hospital known first as St. Theresa’s Maternity Issele-Uku, founded in 1957 by Catholic sisters and later taken over by the Catholic Church in 1982 and thereafter known as St. Theresa’s Hospital Issele-Uku.

Dr. Nwabueze affirmed that the hospital had served Issele-Uku and her neighbours monumentally, adding that this is the time for all hands to be on deck to give back to our community and her neighbouring villages by giving this Hospital Project the desired financial attention.

Furthermore, the Statement enunciated the emotions of Dr. Augustine Nwabueze as to how deplorable the hospital had become after about 64 years of existence.

It is on record that the launching event will still hold in UK and Nigeria at a later possible dates and times after the US version.

For this very segment, the Obi of Issele-Uku, HRM Agbogidi Obi Nduka MNSE will be the Royal Father the Day while the Bishop of Issele-Uku Catholic Diocese, Most Rev. Dr. Michael Odogwu Elue will be the Spiritual Father of the Day, to be represented by Msgr. John Ike Aduba. 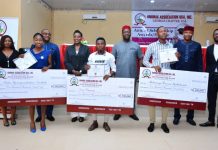 Anioma Association US Dole Out Scholarships To Varsity Undergraduates