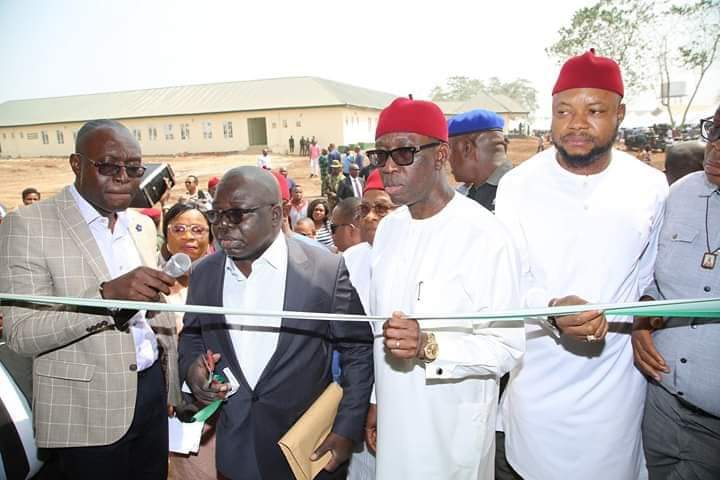 The Governor of Delta, Senator (Dr.) Ifeanyi Okowa, has assured authorities of National Youth Service Corps (NYSC) of the state government’s continued support to the scheme.

The governor gave the assurance on Thursday while inaugurating a 720-capacity hostel for NYSC members at the Permanent Orientation Camp in Issele-Uku.

He recalled that the camp was in a poor state when he visited in 2018, and expressed delight that the camp had begun to wear a look befitting a place where Corps members spent time before being deployed to parts of the state for primary assignment.

“This is a dream come true and we thank God that we are witnessing this great transformation of the orientation camp.”

“As a government, I believe that we should improve on the facilities that we have in this orientation camp as we are collaborating with the Federal Government in different ways”.

“Just few days ago, on Monday, a Court of Appeal was inaugurated in Asaba, I am happy that we have the Court of Appeal and it has been described as apparently, one of the best in the country.

“The graduates numbering thousands who are posted to Delta, apparently, will work in Delta State and will impact on the state and its people, so, it is only human that we make them comfortable to bring out their best to serve the state and our nation.

“I appreciate the work of the contractors that worked here to see that these projects are completed for inauguration today; it is my hope and expectations that when we leave in 2023, this NYSC Camp will be totally a changed environment that will be comfortable for the Corps members.

“It gladdens my heart that we are here to inaugurate a 700-capacity headspace hostel for Corps members; four blocks of twin 3-bedroom flats and several other projects; in the next couple of weeks, construction work will commence on the internal roads, a multi-purpose hall and we shall also, construct a hostel to be named after Chief (Sir) B.S.C. Elue, former Deputy Governor, Delta State,” Governor Okowa said.

Brigadier-General Shuaibu Ibrahim, Director-General of NYSC, represented by Mr Steve Ehoda-Adi thanked Governor Okowa for his numerous contributions to the growth of the scheme while Mr Omotade Folorunso Omotade, South-South Area Coordinator of NYSC said, “for records, no administration since the inception of our dear state in October,1991 has made this level of huge investment and commitment to this Camp and to the NYSC in Delta State.”

“Governor Okowa has to his credit, the approval and actualisation of many projects on Camp among which are comprehensive renovation of existing buildings, building of 700 capacity hostel, building of eight 3-bedroom flats for camp officials, sinking of about 700 feet industrial borehole to address perennial shortage of water, linkage of camp to urban water scheme, release of 300 Kva electricity transformer with Industrial prepaid metre, brand new camp clinic, among others,” he said.

Mrs .Olutayo Samuel, state coordinator of NYSC, in her address, described Governor Okowa as someone who keeps to his promises.
Traditional rulers, politicians, among others witnessed the event. 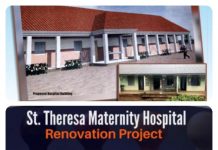