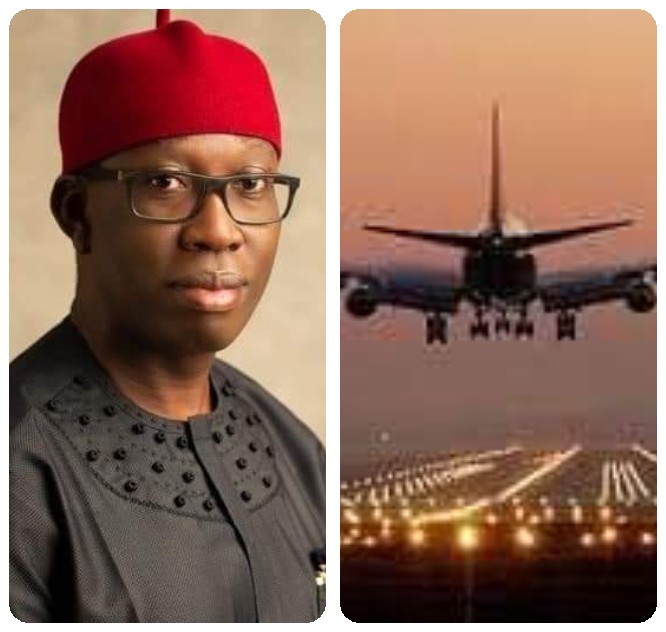 Executive Assistant to the Governor of Delta State on Communications and former Managing Director of PPK Aviation International, Dr Fred Latimore Oghenesivbe has applauded the recent concession of Asaba Airport for 30 years, saying that it will guarantee sustainable return on investments for government and the Concessionaire.

The EACGOV in a statement on Friday, 26th February in Asaba and made available to newsmen, gave credence to the transparent process which led to the choice of the concessionaire, adding that the the deal favours the good people of Delta State and the government in the area of job and wealth creation opportunities, substantial urban renewal and growth of Tourism industry in the state.

Oghenesivbe disclosed that the aviation sector is a highly technical terrain which requires multifaceted partnership to drive and sustain long term airport infrastructure development, pointing out that for concession to yield expected results, it must be for a reasonable tenure which enables the concessionaire to implement special clauses in the agreement.

He noted that due to huge running cost of airports, the APC national government under President Mohammadu Buhsri has indicated interest to concession for major national airports namely; Lagos, Abuja, Port Harcourt and Kano, for number of years yet to be disclosed, adding that the MM2 Airport in Lagos was and still under the management of Bi-Courtney Aviation Services Ltd, for 36 years concession deal with effect from 2007.

Oghenesivbe, known to be conversant with the aviation industry as Aviation Correspomdrmt for World Airnews, International Pilot Training Agent and Corporate Travels Consultant, before his appointment as EAC to the State Governor, said concession is not the same as sale of airport as some Deltans were made to believe, but a deal which enables the concessionaire to invest heavily on airport infrastructure development and professional management of the facilities in line with international best practices, and later handover the airport and new infrastructure to the original owners at the expiration of the “Built, Operate and Transfer,” BOT agreement.

He further disclosed that national governments across the world are in one form of concession or the other, because it is capital intensive to run and maintain airport facilities.

“Airport concession is the same in America, Asia and Europe, and back home in Nigeria, the APC national government also opted for airport concession arrangements. It is never an outright sale of airports and Delta State government did not and will never sell Asaba International Airport.

“It is not ideal to play petty politics with the aviation sector because of the high risk of air safety, huge running costs and needed sustainable infrastructure development. The Governor of Delta State,Senator Dr Ifeanyi Arthur Okowa and his team deserve commendation for insisting on absolute transparency and openness durimg the concession procedures.

“The best is good enough for Deltans, and the governor okayed the best deal in favour of Deltans and the state government, expected to rake in not less than N80 billion turnover in 30 years; including the take over of the airport and infrastructure put in place by the concessionaire. This is the standard procedure around the world and the governor did the needful in accordance with international best practice.

“It must be stated that multifaceted partnership in the concession agreement of Asaba international airport makes it the best concession in Africa, with a hybrid arrangement for infrastructure development and management of the airport, as Menzes Aviation shall manage the airport, First Investment Company is building the Radisson Biu Hotel, while Air Peace will operate as Anchor Airline, as well as build a commercial hangar for aircraft maintenance, repair and overhaul.

“Rainol Oil owned by a Deltan, is to operate the Tank Farm and supply Jet A1 fuel for aircraft, Cybernetics to build the Cargo terminal and logistics centre while Quorum Aviation to build a private jets terminal and operate Helicopter services for the Oil and Gas industry, and Arbico Construction Company to develop and manage the business park.

“It is therefore safe to assert that the concession is loaded with achievable plans which will be implemented by the Concessionaire to place Asaba International Airport in the front burner of the aviation industry globally and within the BOT time frame of 30 years.

“Therefore, the premature alarm raised by Delta State chapter of the All Progressives Congress, APC, was uncalled. The party must have done so out of ignorance or lack of knowledge of how things roll in the aviation industry. The facts are now crystal clear and there is certainly no cause for alarm.

“This is the first time the state government took the required bold steps to tackle critical issues concerning Asaba airport, and in the same token provided long term solutions that will position the airport as a major commercial hub with high traffic in domestic and international flight operations,” Oghennesivbe said.