Home Politics Delta 2023: Oborevwori Promises To Run An Open And All Inclusive Government... 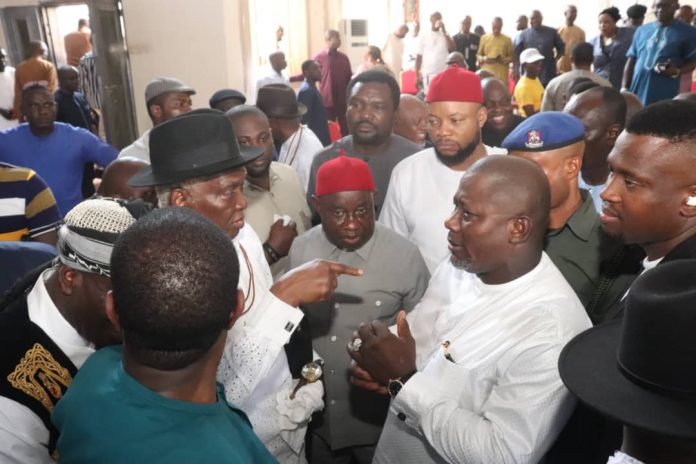 Speaker, Delta State House of Assembly, Rt Hon Sheriff Oborevwori, Wednesday, formally declared his interest to contest the 2023 Governorship race under the platform of the People’s Democratic Party, PDP, with a promise to run an open and all inclusive government if elected.

Accompanied by unprecedented crowd of party leaders, elders and supporters across the three senatorial districts to the State Party Secretariat in Asaba, Rt Hon Oborevwore informed the Chief Kingsly Esiso led PDP executive that his vision is to keep Delta State ahead of others in the comity of states, saying “I am in the state secretariat of our party to intimidate the leadership of my 2023 Governorship aspiration, ahead of the PDP primaries”. 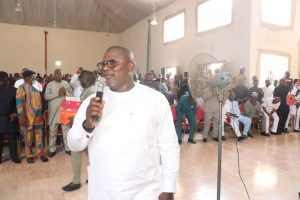 The State party Secretariat was indeed a beehive of activities as the overwhelming supporters trooped in and out the complex in solidarity of the governorship aspiration of the Speaker, Sherrif Oborevwore. 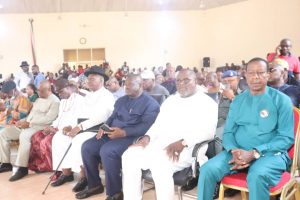 Conspicuously positioned at the conference hall of the party secretariat, venue of the formal declaration, were also a good number of members of the Delta State House of Assembly, Civil Commissioners, Special Advisers and Senior Special Assistants to the Governor, several other appointees of the state government as well as women and youth groups drawn across the 25 local government area of the state.

Rt Hon Oborevwore, while addressing the people, said his mission is to operate a responsive government that will meet the needs and aspirations of Deltans, stressing that economic stability, human capital development, environmental sustainability, infrastructure revolution, public service delivery amongst others would be the hallmark of his administration if voted into the office as Governor of Delta State. 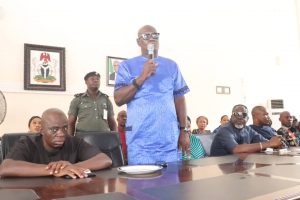 The Speaker noted that as a system man and someone who crew up in the streets of Delta, he is familiar with local content and will in collaboration with other critical stakeholders do everything possible to raise quality of lives and standard of infrastructure in the state.

Oborevwori said he would bring his prudence and expertise in the leadership of the state legislature to bear in the governance of the State when elected governor in 2023. 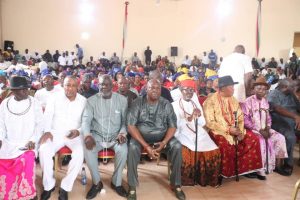 The Speaker stated that no sector of the economy will be left out in regards to development, as he will build on the mind blowing legacies of the Dr Ifeanyi Okowa’s led administration.

Commending the State PDP for support and encouragement to the present administration and for upholding the unity of purpose of the party, Hon Oborevwori promised not to let the party down if given the opportunity to serve as governor come 2023.

In his remarks, State Chairman of the party, Chief Kingsley Esiso, warned aspirants against campaigns of calumny, and encourage members of the PDP to be guided by the rules of the game.

He said the party has the responsibility to provide a fair ground for every aspirant and that no single individual or group will impose a candidate on the party, stressing that candidates for all elective positions will emerge through delegates election. 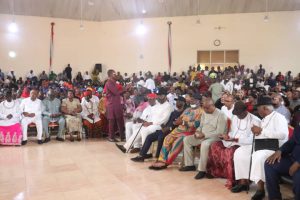 Chief Esiso urged all to shun rumors and advised aspirants to ensure that they uphold political decorum both in their consultation and the campaign processes.

A one time Isoko South Council Boss and immediate past President General, Isoko Development Union, IDU, Chief Iduh Amahdi, who did the formal introduction of Mr Speaker to the PDP executives, highlighted the sterling qualities of the frontline governorship hopeful and called for massive support for sustained progress and development in the state.