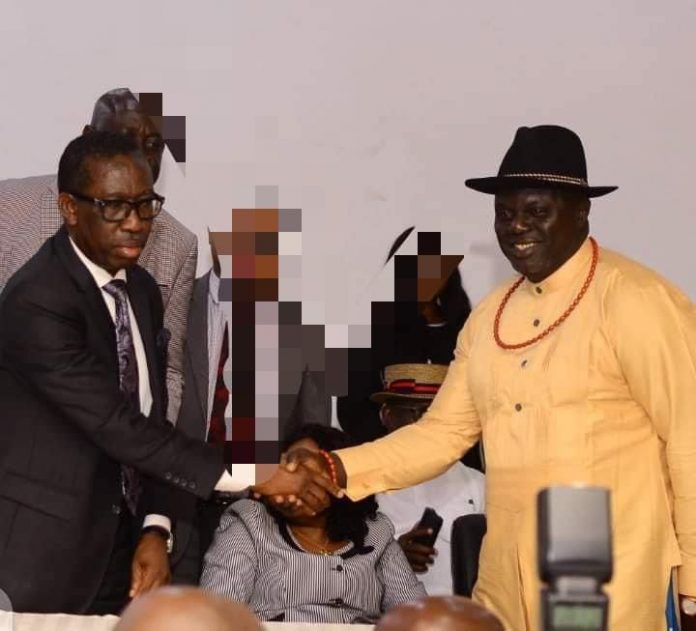 The State Government has assured of a major turn around in the water sector in the state.

Commissioner for Water Resources Development, Hon Samuel Mariere gave the assurance shortly after the inauguration of the four newly appointed commissioners and members of the State Executive Council.

Hon Marreire who was sworn in along side with Sunday Onoriode, Basic Education, Godspower Asiuwhu, Environment and Mike Okah, Transport, said much is expected of him as Commissioner for Water Resources. 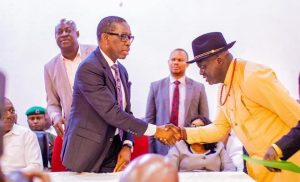 The two term former member of the State Assembly, explained that as the lawmaker who midwifed the Delta State Water Bill in 2018, he would ensure appreciable implementation of the Water Law.

The Water Resources Commissioner noted that his knowledge on the Water Law would enhance it implementation, stressing that within the short time they will look at the extent the law can be implemented. 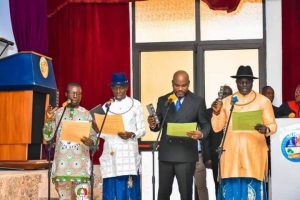 Hon Mariere who expressed appreciation to Governor ifeanyi Okowa for finding him worthy to serve as a member of the State Executive Council, said he is committed to the Stronger Delta agenda of the state government.

He emphasized that the Governor’s resolve to leaving lasting legacies in the state at the end of his administration next year, would receive his full support as commissioner in-charge of the ministry of Water Resources.

Hon Mariere stated that having held the position of Chairman, Delta Assembly Committee on Water Resources, he is in a familiar ground and will do his best to promote efficiency in the sector. 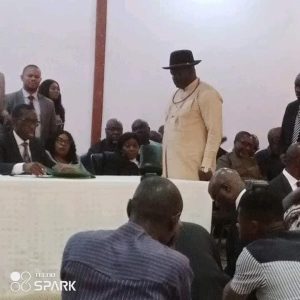 He appealed for support from critical stakeholders, including his colleagues in the Council and the state legislature in the area of budgeting and budgetary allocation to the ministry for effective performance.

“My appointment as Commissioner for Water Resources is a major assignment. If you can remember, when I was in the House, I midwifed the Delta State Water Law, it went through all the processes of law making. I think His Excellency will not be disappointed. Within the short time we will look at how much we can implement that law. Recall that I was the Chairman, Assembly Committee on Water Resources. So it is not a strange area, but an area I have known much about and by the grace of God, we will do our best. We are committed to assisting the governor to finish strong in the water resources sector”, Mariere stated.

The former Lawmaker who was the immediate past Special Adviser to the Governor on Special Duties, expressed optimism that the Governor will finish strong in all the sectors in the state as non of the sector is not receiving his needed attention.