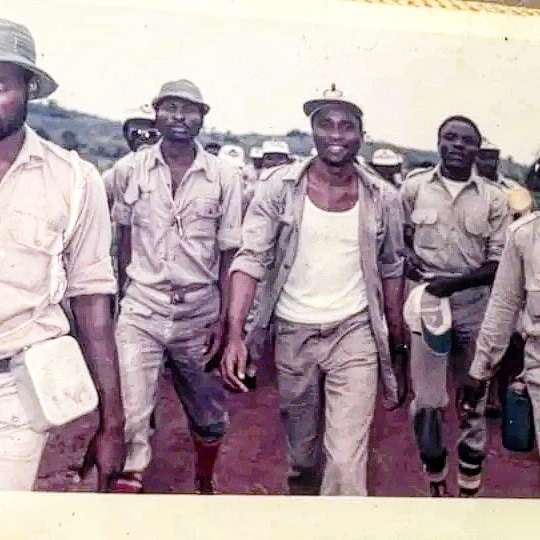 Independent investigators are working very hard to unravel the reasons why a two time governorship aspirant in Delta State, Olorogun David Edevbie, in his Curriculum Vitae deliberately failed to indicate his place of primary assignment thirty seven years after the mandatory National Youth Service Corps, NYSC, between 1986 and 1987.

The National Youth Service Corps Year comprises of four (4) main segments in which every Corps Member must satisfactorily participate before he/she is qualified to be issued a certificate of National Service.

However, NYSC discharge Certificate will not be issued to a corp member who absconded or abandoned his or her place of primary assignment, meaning not discharged. Not discharged is the same as not participating at all.

The NYSC programme is mandatory for all graduates of age 30 years and below. Edevbie was born in 1963, and graduated at age 22. He read Economics at the University of Lagos, the University of First Choice. Edevbie is now 59 years old.

Edevbie was seen decked in NYSC uniform in a group photograph with some youth corpers, but his Curriculum Vitae and profile available in public domain did not capture his service year and place of primary assignment.

Edevbie’s place of NYSC primary assignment and brief explanation of official assigned responsibilities while serving this Nation ought to reflect in his work profile or CV. However, he was silence on this all important information in his CV and work profile.

It is also mandatory for all graduates to present NYSC Certificate for Civil Service jobs or for all categories of Political Appointments. It is mandatory.

Preliminary investigations revealed that Edevbie’s NYSC discharge certificate could not be found in his appointment files with Delta State government from 1999 to 2021, where he served as three time commissioner of Finance and Chief of Staff.

Edecbie also held the position of Principal Secretary to the President of the Federal Republic of Nigeria, during President Musa Ya’Adua’s tenure before his demise.

By virtue of the privileges contained in the Freedom of Information Act, the investigators shall interrogate Edevbie’s employment history submitted to the Villa, so as to come up with a comprehensive findings about his NYSC details, especially to verify whether or not he attached his NYSC discharge certificate to his credentials submitted to the Presidency.

The search for Edecbie’s NYSC discharge certificate has been intensified and investigators shall visit NYSC headquarters in Abuja, to verify whether or not Edevbie was discharged from service in 1986/87 before returning to the United Kingdom, his country of birth in 1986/87 to enrol for his Masters Degree before taking up his first paid job in UK.

If proven that Edevbie was not discharged from NYSC camp and was not issued NYSC discharge Certificate, he shall be prosecuted for taking up government appointments at diverse times without NYSC Certificate, from 1999 to 2021.

There are grave consequences if found guilty, and it will affect his political career, and he can neither hold elective office nor be appointed into government, going forward.

If found guilty for contravening any section(s) of the NYSC Act, Edevbie shall be compelled to refund all salaries, allowances and other entitlements he collected as a political appointee in Delta State government and at the Presidency between 1999 and 2021, respectively, and may also be jailed.
***