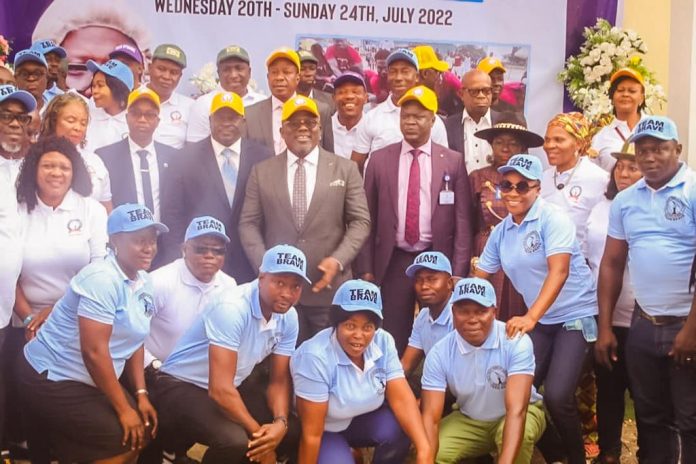 Speaker, Delta State House of Assembly, Rt Hon Sheriff Oborevwori, has lauded the Staff of the Assembly for their commitment and dedication to assigned duties.

Rt Hon Oborevwori who gave the commendation while declaring open the Delta State House of Assembly 2022 Staff Week Celebration in Asaba with the theme’ Building a Virile Workforce for the Legislature’, said the development accounts for the efficient service delivery in the State Assembly. 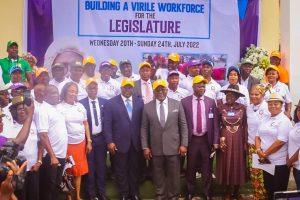 He described the Assembly workforce as the institutional memory of the Legislature, explaining that the staff week is aimed at achieving more efficiency in the Assembly.

The Speaker noted that the House under his leadership from May 2017 has been disposed to staff welfare as an integral part of the Assembly system and urged the workers to take advantage of the week to develop themselves. 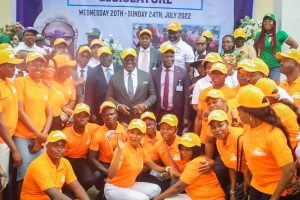 Oborevwori who is the PDP Governorship Candidate for the 2023 General Elections, stated that the Assembly staff ably led by the Clerk has been very supportive and had made work in the State Legislature much easier.

“In appreciation of your diligence and productivity, the leadership of the House has been magnanimous in approving measures of welfare programmes, including this staff week for you. This week beginning from today till Sunday 24th July, 2022 has been approved for all of you to relax and unwind. 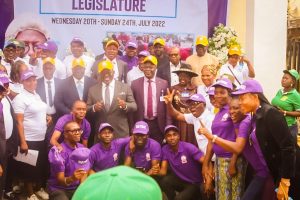 Rt Hon Oborevwori pointed out that the issue of outfit allowance that hitherto often strain industrial relations in the Assembly has been put to rest by the leadership of the House, stressing that they have also ensure that the Assembly complex is conducive for staff to carry out their duties. 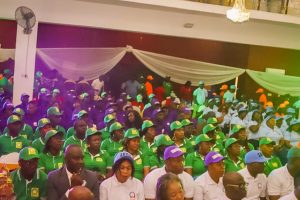 He stated further that his leadership has demonstrated goodwill for the staff of the Assembly by encouraging prompt promotion by the State Assembly Commission, saying that there are no longer cases of staff stagnation in the Assembly.

The Speaker noted that it is also on record that the Delta State House of Assembly was among the first State Houses of Assembly in the country to pass the Financial Autonomy bill for the State Legislatures. 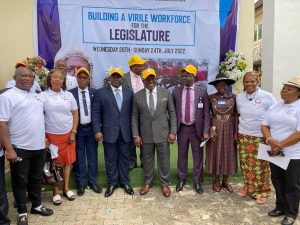 “On the theme of the lecture for the celebration ‘Building A Virile Workforce For The Legislature’, I believe it is not only timely but also very apt at this moment, especially with the ever- changing work environment occasioned by the new normal. The focus therefore is targeted primarily in achieving efficiency in service delivery by staff of the Assembly”, he emphasized.

The Speaker expressed hope that at the end of the lecture, the staff must have re-invented themselves to be more innovative and productive as the repository and memory bank of the Assembly.

He thanked the Assembly Staff for their love and overwhelming support. 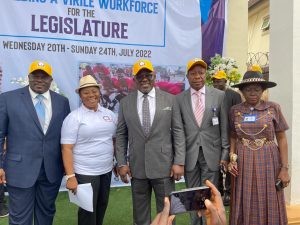 The Clerk of the House, Mrs Lyna Ocholor said the Staff Week Celebration was coming after many years of its absence in the State Assembly and commended the Speaker for the approval.

According to the Clerk, lots of programmes have been lined up for the weeklong activity, including public lecture, sports, indoor games, and a thanksgiving Service.

She congratulated the staff for the celebration and urged them to reciprocate the gesture by enhancing performance in their duties. 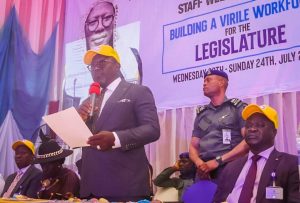 Some staff of the Assembly who spoke expressed appreciation to the Speaker and his leadership for making welfare of workers in the state legislature a top priority.

Topics discussed at the public lecture include “Strategic Leadership Development Skills and Global Best Practices”, “An Analytical Review of the Code of Ethics in the Legislature and “Plenary Discussions and Adoption of Code”. 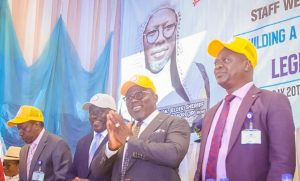 The Technical Assistant, Conference of States Houses of Assembly in Nigeria, Mr John Mutu, Director, Legislative Matters, National Assembly, Ibrahim Usman and Mr Angel Folunrosho were on hand to walk the staff through the technical session.