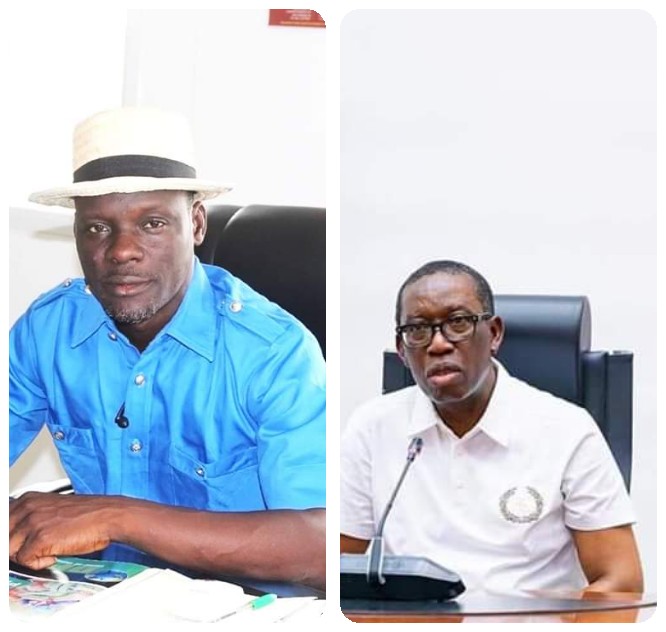 Abuja: A Delta State born human and environmental justice advocate Comrade Mulade Sheriff has called for the restoration of Delta state, claiming that the state is sinking economically, politically and human capital development.

The peace and development advocate who stated this in Abuja, the Federal Capital Territory (FCT) while speaking in Abuja with a cross session of Deltan youths to mark International Youths Day said the oil-rich State is sinking, describing it as the most economic suffering state in Nigeria, as a result of poor leadership and bad governance over the years.

While expressing his sadness towards the sorry situation of Delta State, Comrade Mulade noted that youths in the State have been reduced to political sycophancy and thuggery, claiming that; “Deve” or “Agbero” is the major job available to youths due to lack of employment and economic empowerment by the state government.

Comrade Mulade pointed to the fact that the state economy has continually dropped as a result of uncalculated borrowings and loans collected by the present administration with little or no development impact to the people of Delta state, “hence, this requires the collective efforts of all Deltans to rescue the state through collaboration, support and experience-sharing to assist in restoring the state to it past glory and to be envied by other states in the country” he added.

Buttressing his claims as regards the underperformance of past and present administrations, Comrade Mulade said, with Dr Emmanuel Ewetan Uduaghan and Dr Ifeanyi Arthur Okowa as governors of Delta State, the state was supposed to have and be the best health services providers in Nigeria, but that is not the case, “in fact it is a big shame to the State”.

On the part of deputy Governors, Comrade Sheriff said that,” Prof Amos Otuama and Barrister Kingsley Otuara both as deputy governors of the state were expected to show to the world, particularly Nigerian youths the importance of legal profession and education in governance, and to be law abiding state, but Delta State became the most lawless state in the nation without any recourse to human rights”.

The Environmentalist, while speaking on fixing and restoring the state to it lost glory, said that with the 2023 general elections fast approaching, Deltans, particularly the youths should choose wisely by voting the right candidates with technical knowledge of community development, environmental base orientation, street leadership qualities, youth and women development plans.

He said that; Someone that have deep and sincere concern for those living with disabilities, real sense for economic and education development and infrastructure, that will bring development to all parts of the state”.

He said when all Deltans come together to vote in the right people as Governor, Senators, House of Representative and State House of Assembly members, Delta state will be rescued and restored from the present underdevelopment and be great once again.