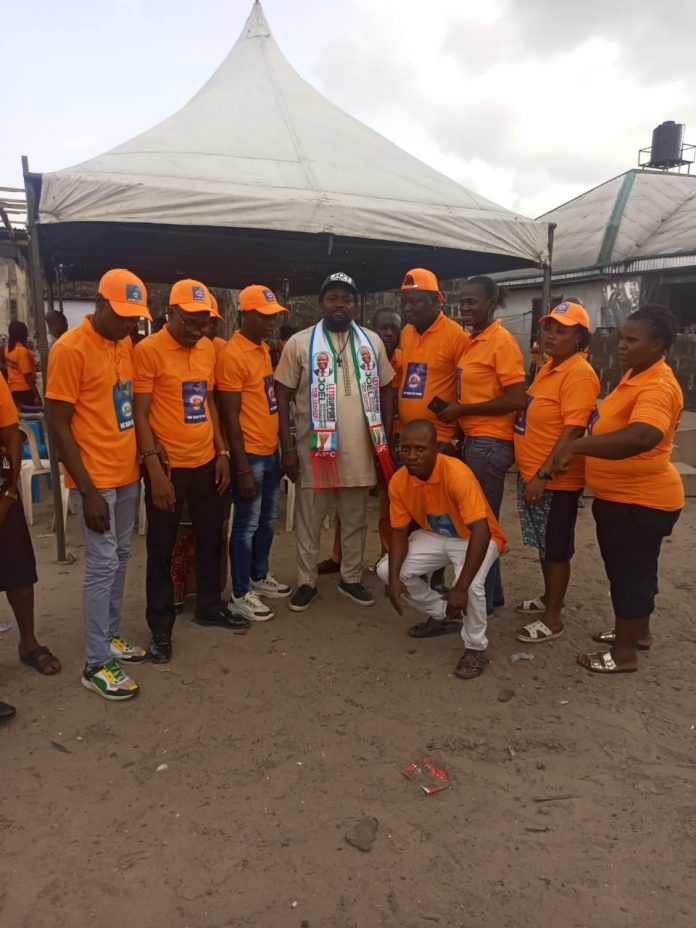 Support for the All Progressives Congress (APC), Delta South Senatorial District candidate  Hon Joel-Onowakpo Thomas (JOT),  has further received a boost as a  group with slogan, “Strong Runner, Good Candidate,” declared  support towards the actualization of his ambition come 2023 election.

Rising from a meeting of the group held at Agbarha kingdom, in Warri South Local GovernmentAreaofDeltaState, representatives of different groups, artesans, civil servants, and craftsmen, said they  gathered  to endorse the candidature of *Hon. Joel Onowakpo – Thomas*, as the Delta South senatorial candidate.

The group, with their slogan ” Strong runner, good governance” submitted that after a careful look at all the senatorial candidates in the forth coming elections, have decided to identify with *JOT*, who  they have seen as the most credible, and qualified candidate.

According to the Spokesman of the group,  Comrade Miracle Amatesiro, we are convinced beyond reasonable doubt that Hon Joel-Onowakpo will deliver on the mandate hence we have decided to pitch te t with him.

“Yes decided to endorse him because he is a good man, very educated and intelligent. You could recall when the former governor,  His Excellency,  Emmanuel Uduaghan made him the Chairman of the Delta State Board of Internal Revenue (DBIR), he was able to touch lives. He built offices across the twenty five local government areas for the board,”

“Secondly, you saw what happened at the last Peoples’ Democratic Party (PDP) primaries. The people who emerged as candidates of the party were those who paid money to see themselves through. As a pressure group, we looked at that and decided to support a man we know will deliver.”

“Thirdly, Hon. Joel-Onowakpo Thomas is a listening man. He was able to empower the youths when he was Board chairman. Even those not from his constituency were touched. We are convinced that he will work beyond his Senatorial District if given the mandate.”

He urged the group to make sure they all have their PVCs, as that is the only way they can work the talk of their slogan “Strong Runner, Good Candidate.” He also assured them of working together during and after the electioneering period , to ensure good governance.

The former member, APC Presidential Campaign For President Buhari, also assured them that his Principal, *Hon. Joel Onowakpo Thomas*  will not relent in his good deeds that have brought him this recognition by the group.