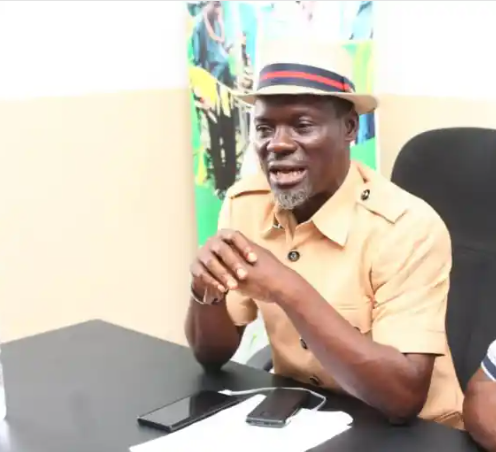 Comrade Mulade inaugurated the peace and unity football committee on Tuesday September 20, 2022 at Africa for Peace Center, CEPEJ’s Head Office, Ugolo-Okpe near Warri, Delta State. The Peace Ambassador said the Ijaw/Itsekiri Peace and Unity football competition was to foster and strengthen the existing peace enjoyed by both ethnic groups after a period of disunity, crisis and disaffection.

He added that the competition would build confidence and trust between the Ijaw and Itsekiri people living in Warri South, Warri North and Warri South-West LGAs of the State. He said the main aim of the football tournament was to build a harmonious relationship between the two ethnic groups and create avenues for lasting coexistence among all Deltans, especially between Ijaw and Itsekiri through sports.

While speaking on the date of commencement and venue of the football fiesta, Chief Mulade said the football event was scheduled to start on the 16th of November 2022, to mark International Day of Tolerance in line with the United Nations Sustainable Development Goal –SDG 16 – Peace, Justice and Strong Institutions, and then climax on the 3rd of December, 2022.

The venues of the tournament will be at Benikrukru and Ugborodo communities in Warri South West, LGA. He said the selection of the venues was strategic, Benikrukru is an Ijaw community, while Ugborodo is an Itsekiri community. This was to show to the world that both ethnic groups are living in peace and unity, and it will enable both ethnic groups appreciate the importance of peace and tolerance, as well as accept the mistakes and wrongs of each ethnic group, so as to build and sustain the peaceful coexistence enjoyed by both groups.

Chief Mulade urged the committee to commence work immediately in order to meet up with the scheduled date and to create the needed awareness for Deltans and Nigerians in general to attend and participate in the event.

In his acceptance speech on behalf of the committee, Hon. Kenneth Nwaomucha, described it is a rear privilege accorded to all in the committee and promised to do their best to deliver on their mandate, and the objectives of the Ijaw and Itsekiri peace and unity football competition.

The Ijaw/Itsekiri Peace and Unity Football Tournament is a biannual football competition organized by Center for Peace and Environmental Justice, CEPEJ, coordinated by Chief Mulade Sheriff, who is a Peace Ambassador and activist, as well as the Ibe-Seremowei of Gbaramatu Kingdom in Warri South-West, LGA of Delta State.

Highlights of the event were the inauguration of the committee by the National Coordinator of Center for Peace and Environmental Justice, CEPEJ, Comrade (Chief) Mulade Sheriff, as well as a group photograph.