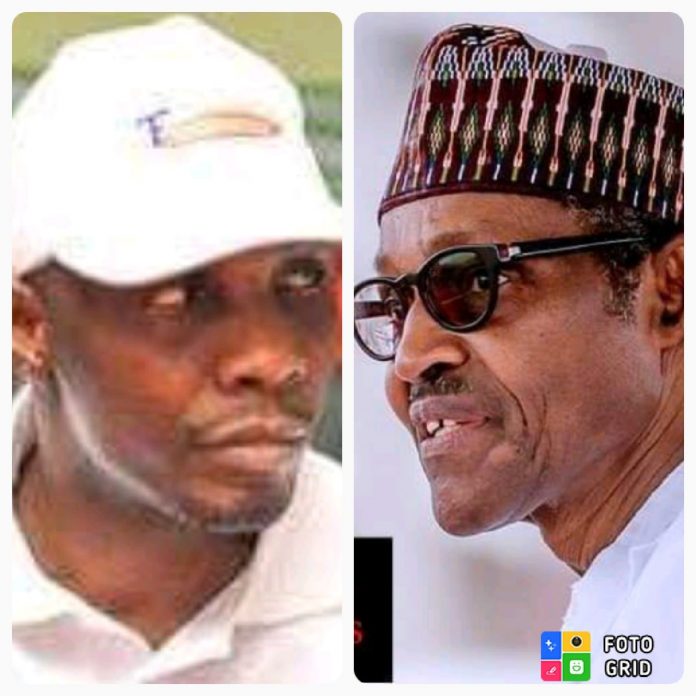 Members of the Ijaw Patriotic League have hailed President Muhammadu Buhari, the Minister of State for Petroleum Resources, Timipre Sylvia and the Group General Manager (GMD) of the NNPC, Mele Kyari for the award of the Pipeline Surveillance Contract to High Chief Government Ekpemupolo aka Tompolo, describing it as a welcome development.

In an open letter signed by Comrade Jasper Eritei (President) and Chief Jones Ebikinmi (Secretary) to the President, the Minister of State, Petroleum Resources and the Management of the NNPC, the group said that the award of the pipeline contract to Tompolo has become a source of worry to oil thieves, mindless economic saboteurs and their collaborators, saying the decision of the Federal Government was a bold one.

They wrote that; We the Members of Ijaw Patriotic League have watched with keen interest the clearly orchestrated campaign of calumny against the Management of the NNPC and the Presidency over the award of a Pipeline Surveillance and Security Contract to a company in which High Chief Government Ekpemupolo (Tompolo) has interest”.

“In the ordinary sense of it, we would have stuck to the resolution of our General Assembly to ignore the criticisms that trailed the announcement of the crucial contract award as the swan song of a group who lost out in the bidding process. However, the sustained campaign in the media and the ethnic dimensions to the contract had made it clear that the oil theft, the Federal Government has taken the step to fight has grabbed the strategic offensive position. It is a popular aphorism that when you fight a crime network, you must expect a backlash. This will suppose and strongly believe at the receiving signs of a band of oil thieves jolted by the government action who will not go without a fight”, they further wrote.

“As a group, committed to the peace and development in the Niger Delta, we seldom comment on such issues which we consider strictly personal business concerns of individuals. However, the sustained media campaign and the barrage of attacks against High Chief Government Ekpemupolo (Tompolo) has made it necessary for us with these positions”, they stated in the open letter.

According to the Ijaw Patriotic League; “First, we support and commend the President of the Federal Republic of Nigeria, his Excellency, President Muhammadu Buhari, GCFR for the ingenious decision to hire capable firms for the protection of the violated and abused pipelines and strategic national assets in the Niger Delta”.

They added; “We also commend the Minister of State, Petroleum Resources, Chief Timipre Sylva, the Group Managing Director of the NNPC, Mele kyari who took this bold, deliberate and rational decision to respond in a creative way to the unimaginably callous and distressing theft of the nation’s s crude resources within the contractual engagement of five firms including the one in which Tompolo has interest to fight the scourge which sabotages the economy of this country and threatens national security and stability”.

“In view of the grim reality of a band of thieves running riot in the Niger Delta and the devastating effect of oil theft on the wellbeing of the Nigerian State, those who run the oil sector should rather be encouraged to take steps in the interest of Nigeria as they have done in this case. Orchestrating a campaign of calumny is beneath expectations of citizens of good conscience”, they wrote.

They disclosed that; “Recently, the Minister of State for Petroleum Resources, Timipre Sylva, said during a visit to the Imo State Governor, Hope Uzodimma, at the Government House, Owerri, in August that the hoodlums stealing the Nation’s resources have reduced oil production by 400,000 barrels per day (bpd), translating to an alarming drop of the Nation’s daily allocation from OPEC from 1.8 Million to 1.4 Million bpd”.

“An otherwise similar position painted by the NNPC on September 11th, 2002 by Bala Wunti, Group General Manager, National Petroleum Investment Management Services (NAPIMS) was even more disturbing. He said Nigeria loses 700 Million Dollars every month to oil theft at the terminal. Nothing can be discomforting to a serious government than these type of debilitating figures”, they stated.

According to them also; “This we understand made the Federal Government to engage five firms, Ocean Marine belonging to an indigene of Edo State valued #5 Billion Naira per month, Pipeline Infrastructure, belonging to a prominent Monarch in Delta State covering over 350 Kilometres, (with over 200 kilometers) in Rivers State, and part of Edo and Delta States valued at about #7 Billion Naira and the firm in which Chief Ekpemupolo has interest and two others”.

They posited that; “Our investigation has so far revealed that two of these firms operated by indigenes of the Niger Delta from the Bini and Itsekiri ethnic group who have bigger surveillance contractual agreement with the Government who have been on the contract for years have not attracted comment in the media”,

“While we are not going to join issues with the ethnic irredentists who are pushing the boundaries of ethic arrogance with astonishing audacity, we are inclined to agree with the view point that oil thieves and collaborators are uncomfortable with the decision of the Federal Government to involve Tompolo for obvious reasons”, the Ijaw Patriotic League said in their open letter.

According to the group, Tompolo has a track record of firmness and dedication in the execution of a major contract in Nigerian maritime domain, adding that; “It is on record beyond contestation, Global West Vessels Specialists Limited owned by him boosted NIMASA’s revenue and reduced the then escalating incidents of piracy on the nation’s territorial waters as stated in media reports by the then Director-General of the agency Dr. Bashir Jamoh”.

“A former Director in the Agency, Captain Waredi Enuisouh, highlighted this feet when he told journalists that “before Global West’s contract, NIMASA was making about $10 million to $12 million per annum but Global West’s intervention raised the figure to about $19.5 million per month. On the local currency revenue, NIMASA’s revenue jumped from #30 Billion Naira per annum to about #80 Billion Naira. It was from this increase the Global West got paid for its services”. These verifiable facts are in the public domain”; they said.

According to the group, Nigerians are too wise to be deceived by the ruthless cabal, saying that; “It is clear that the Federal Government, the Minister of State for Petroleum Resources, the group General Manager of the NNPC have all acted in good faith in rising to the criminal diversion of the Nation’s oil resources”.

“The engagement of Tompolo to execute a part of a five-way pipeline security contracts can only cause oil thieves mindless economy saboteurs and collaborators sleepless nights. We encourage the Federal Government which has taken these commendable steps to resist this blackmail from those who want to sustain the cruel oil theft in such unacceptably large scale. The GMD of the NNPC and his team have chosen competence, capacity and fairness. They should be applauded by all”, they wrote.