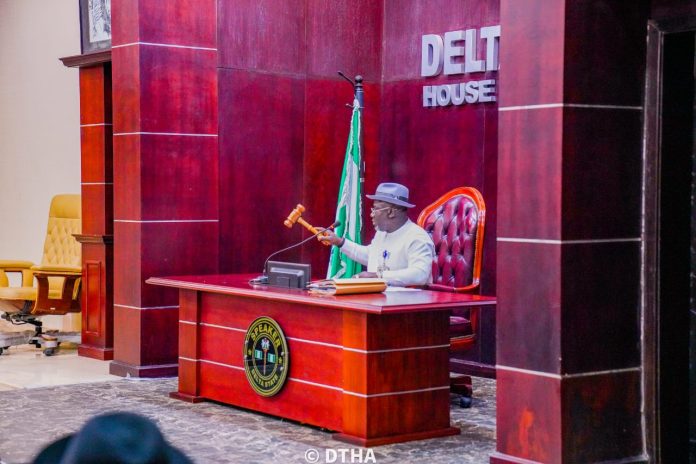 The Delta State House of Assembly Wednesday concluded legislative actions on a bill for a law to establish Good Governance and Accountability Commission in the state.

The bill sponsored by the Chairman, House Committee on Public Accounts, Anthony Emeka Elekeokwuri and others, was read the third time and passed at plenary presided over by the Speaker, Sheriff Oborevwori.

The 46 paged Delta State Good Governance and Accountability Commission bill scaled through third reading and passed sequel to a motion to that effect by the House Leader, Chief Ferguson Onwo and adopted. Speaking immediately after hitting the gravel that brought to an end legislative fireworks on the proposed law, the Speaker, Rt Hon Sheriff Oborevwori commended members for the successful passage of what he described as unique and very important bill.

Oborevwori stated that the Good Governance and Accountability Commission when established will no doubt promote the highest Standards of transparency and accountability in Ministries, Departments and Agencies of the state government and strengthen democracy and the rule of law at all levels of governance in the state. 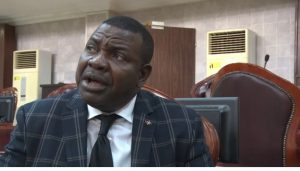 He noted that the proposed law would help prevent fraud and corruption within the system, stressing that those found wanting would be prosecuted, saying “I am confident that by virtue of this Bill the value for work in MDAs across the State will increase and integrity will be the new order. I thank you once again for your commitment in ensuring that this Bill is passed today”.

The led sponsor, Hon Anthony Emeka Elekeokwuri who represents Ika North East in the House, said the proposed law is geared towards deepening the process of governance in the state, pointing out that the law was already being implemented in some other states of the federation. He said “What the Delta State House of Assembly has done today is geared towards deepening the process of governance in the state by passing the Good Governance and Accountability Commission bill. The law is already being implemented in some states in Nigeria.

Elekeokwuri explained that the Delta State Assembly has succeeded in institutionalizing the fight against corruption in the state as gone are the days where the federal government come into the state to entrench the powers that were given to the State Legislature by the constitution of the federal republic of Nigeria.

The Lawmaker stated that section 128 sub section 7 of the constitution gave the State Assembly the responsibility to provide a legal framework to fight corruption and reduce waste in the system, explaining further that the proposed law is in tandem with ICPC, EFCC and Police acts. 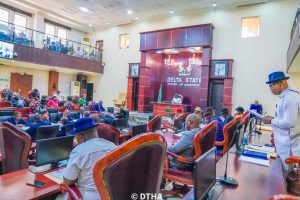 “We just institutionalized the fight against corruption in the state. Gone are the days we expect the federal government to begin to come into the state to entrench the powers that we have been given by constitution. Constitution is the grand norm. Section 128, sub 7 gave the State Assembly the responsibility to provide a legal framework to fight corruption and reduce waste in the system.m 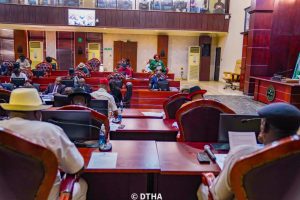 The Ika North East Lawmaker stated that it was gratifying to note that Delta State is entrenched in accountability and transparency and expressed the hope that the bill will be signed into law as quickly as possible by the Governor.

He emphasized that early commencement of implementation of provisions of the new anti corruption law will further placed the state on positive and steady part of progress as well as enhance the development strides of the state government.

“I am happy that Delta state is entrenched in accountability and transparency. I expect that the bill will be signed into law as quickly as possible by His Excellency, Senator Dr Ifeanyi Okowa as it is a way forward for the state. I am only the led sponsor of the bill. So I must commend all my colleagues who are co-sponsors for their support and commitment at ensuring the conclusion of legislative process on the proposed law”, Elekeokwuri stated.

The joint Committee on Rules, Business and Judicial Matters and Special Committee on Bills led by Hon Charles Onyiyere that scrutinized the bill had submitted its report on the floor of the House.

Hon Onyiyere disclosed that position papers submitted by relevant MDAs in the state as well as contributions and presentations of stakeholders during public hearing on the bill assisted the committee in its assignment.