Home News Austin Chikezie Gives Daughter Out In Marriage ***As Dignitaries Across Segments...

Speaker of the State Assembly, Rt Hon Sheriff Oborevwori led members and management staff of the legislature to the ceremony which also had in attendance Civil Commissioners, other top government functionaries, captains of industries, religious, political and community leaders. 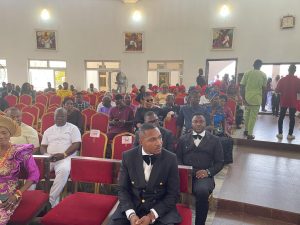 The Solemnization of Holy Matrimony between Maureen Chikezie and Jude Ogbe was the highpoint of their journey to the fulfillment of biblical injunction that a man will leave his parents and cling to his wife and the two shall become one.

As expected in high society weddings and considering the fact that the bride’s father is a serving member of the state legislature, witnesses to the marriage covenant between Maureen and Jude were mixture of the society including the mighty and low from Anioma nation. 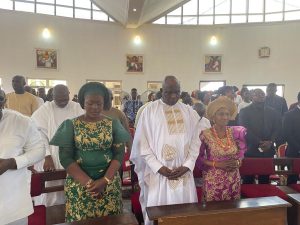 They sang, dance, toast and pop bottles of wine in celebration of grace of God in abundance and thanksgiving for being a part of the epoc making and historic event.

Officiating Priest, Rev Fr Emmanuel Ogoh admonished Maureen and Jude to love one another as love remains the pillars of a successful marriage life.

Rev Fr Ogoh advised the couple not to expect too much from each other as marriage is a route to knowledge, stressing that no one knows it all in the school of marriage. 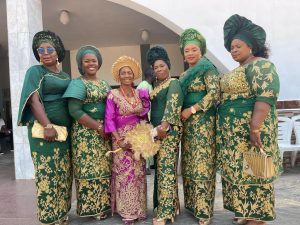 The Catholic priest urged Maureen to make it a point of duty to respect Jude her husband, and Jude to love Maureen all the time and in all conditions as his wife.

He said the only way to keep fidelity in marriage is for the couple to be open to each other, truthful to themselves and have the fear of God in their day to day activities as both are to take responsibility for the success or failure of the union. Rev. Fr Ogoh also enjoined Maureen and Jude to avoid third parties in their lives, even as he charged them to always seek the face of God and resolve issues themselves whenever they encounter challenges as there is no perfect persons or marriage on earth. 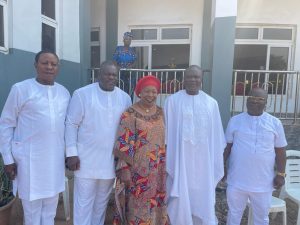 Maureen and Jude were pronounced husband and wife after exchange of vows and rings before the officiating Priest, Rev Fr Ogoh and congregation in line with the Catholic doctrines on marriage.

Speaker, Delta State Assembly, Rt Hon Sheriff Oborevwori, represented by the Deputy Speaker, Ochor Christopher Ochor who is also the sponsor of the marriage, charged the couples to make true love their watchword. 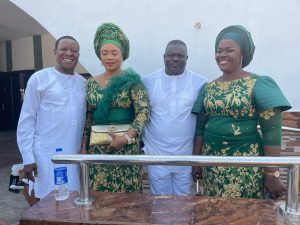 He congratulated his colleague, Hon Austin Chikieze for raising up her daughter with the fear of God and for giving her out in marriage.

The Majority Leader of the House, Ferguson Onwo, Deputy Chief Whip, Solomon Igrapkata, Majority Whip, Festus Okoh and Commissioner for Culture and Tourism, Mr Lawrence Ejiofor advised the couple to remain the friend they are and make God the pillar of their marriage.

They prayed God to grant the couple the wisdom they need to navigate through turbulence times.

Father of the bride Hon Austin Chikezie said he is very excited to give out her daughter in marriage as it is the prayer of all fathers. 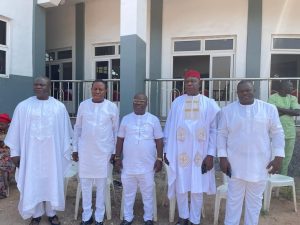 Hon Chikezie encouraged his daughter and son in-law to be focused and committed to achieving a successful marriage, even as he urged his daughter to submit totally to the husband who is the head of the house.

The father of the groom, Mr Matthew Ogbe prayed God to grant the couples blissful Union, emphasizing the need for them to avoid the use of foul languages when the having arguments in their home but be patient all through trying times.

Maureen and Jude, now Mr and Mrs Jude Ogbe said destiny brought them together, faith made it a reality and that Gods love and blessing shall keep them together. High point of the event was the cutting of wedding cake and couples dance.