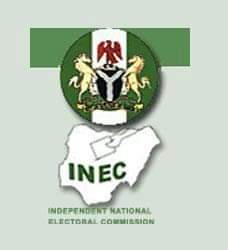 Leadership of INEC Press Corps, IPC, Wednesday implored Deltans to come out en-masse to collect their permanent voters’ cards. The Independent National Electoral Commission (INEC) has released PVCs for Nigerians who took part in the 2022 registration.

Chairman of IPC, Olorogun Festus Ahon in a statement by the Public Relations Officer of the group, Mr Austin Oyinbode, which was made available to Journalists in Delta, said for Nigerians to achieve the desired change, every registered voter must go to the local government and wards to collect the PVC.

Ahon in the statement said: “There have been series of million man Marches and campaigns in progress. Many are expressing their views on the need for change in Nigeria. But this change will only come to fruition if registered voters collect their PVCs and cast their votes on election days.

“INEC has scheduled election for February 25, 2023 for Presidency and National Assembly and March 11 for Governorship and state Assemblies. For Nigerians to get the right persons into political offices, registered voters must collect their PVCs and vote.”

The statement also noted that politicians and political party leaders should encourage their members and supporters to go out and collect their PVCs, because without the collection of the PVCs and voting, the desired change will remain an illusion.

To this end, the IPC Chairman called on all Deltans and Nigerians in general to wake up and see collection of PVCs as the beginning of change in Nigeria.

Ahon said that though everyone is busy with business ventures, “They should all endeavour to create time out of their busy schedules and go to the INEC local government offices and collect their PVCs.

He also pleaded with INEC staff at the local government and ward levels to assist the people in whatever ways they can so that everyone will collect their PVCs without stress.

The Delta INEC REC, Revd. Monday Udoh Tom, had expressed dissatisfaction with the response of the people of Delta and the political parties towards collection of the permanent voters’ cards in the state.

In a recent stakeholders meeting organized by INEC, the REC lamented poor response of Deltans and the leadership of political parties to attendance to meetings with INEC and collection of PVCs.