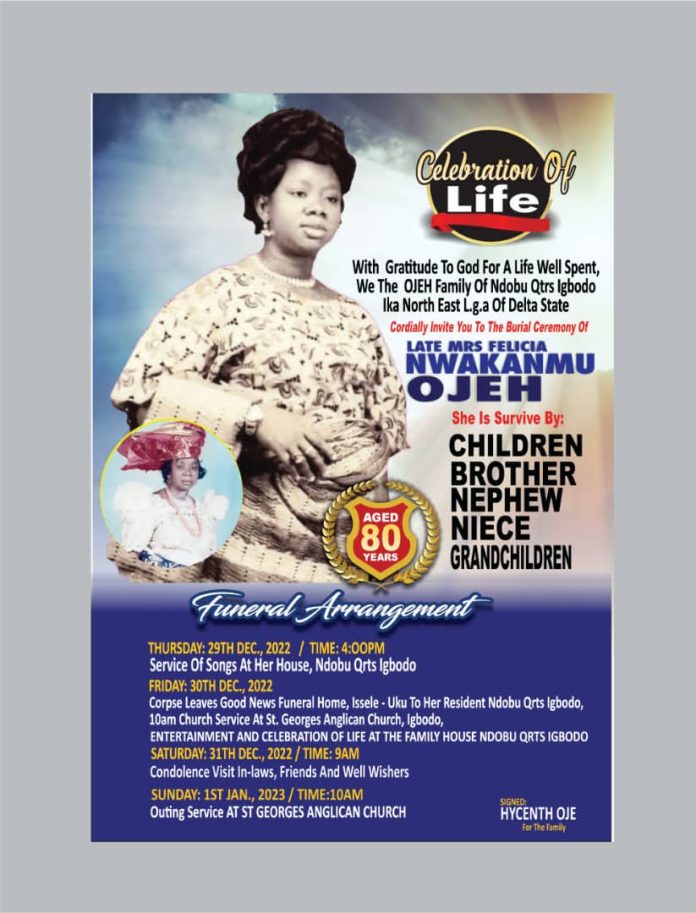 A statement by the eldest child of the mother of four, Mr Hycenth Ojeh, said the programme for the final journey home of their late mother will begin on Thursday 29th December 2022, with a Service of Songs at her residence, Ndobu quarters Igbodo.

He disclosed that there would be a funeral service in honour of the late octogenarian on Friday 30th December 2022, at 10am, at St George’s Anglican Church, Igbodo, thereafter Interment and entertainment of guests at the family compound, Ndobu quarters, Igbodo. 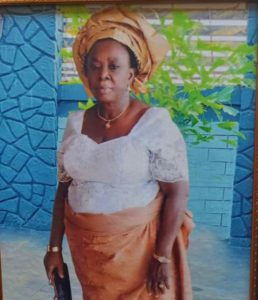 Burial rites continue on Saturday 31st December 2022, with condolence visits by Inlaws, friends and well wishers, while the weeklong activities would be rounded off on Sunday 1st January 2023, with an outing Service also at St George’s Anglican Church, Igbodo.

Mr Hycenth Ojeh while extolling the qualities of his late mother, said “Mama came, saw and conquered” and prayed God to grant her soul eternal rest.