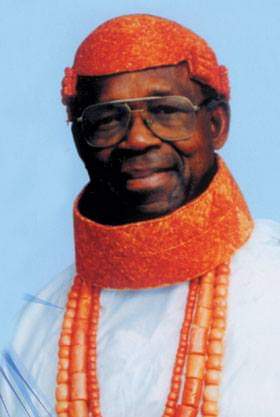 DELTA North Traditional Rulers Forum, has passed a vote of confidence on its Chairman and the Asagba of Asaba, Obi Prof Chike Edozien, describing him as a father figure.

Briefing Journalists after a meeting of the forum held in Asaba, Vice Chairman of the forum and the Obi of Abavo, HRM Uche Irenuma, said the Delta North Traditional Rulers Forum led by the Asagba of Asaba, Obi Prof Chike Edozien remains the apex body of traditional rulers in Anioma’s nation.

Irenuma who was flanked the Secretary of the forum and the Obi of Atuma, HRM Daniel Ogbudo, said; “we call on the general public to disregard any other body other than the Asagba led leadership of the forum.

“We commend the state government for the successful hosting of the National Sports Festival in Asaba. We also congratulate the state for coming out overall best in the games.

“We call on all community leaders and security outfits across the nine local government areas to be very cautious and report any unusual movements and activities to the nearest police station before, during and after the Christmas and new year celebrations.

“We urge those who registered in the last registration exercise by the Independent National Electoral Commission, INEC to go out to collect their Permanent Voters Cards, PVCs from their respective local government areas.

“The forum also approved the donation of N2 million to be distributed to the community most hit by the recent flood and call on federal government, state and well meaning individuals to assist in any way they can as the citizens return to total destruction in the coastal communities in Delta North.”