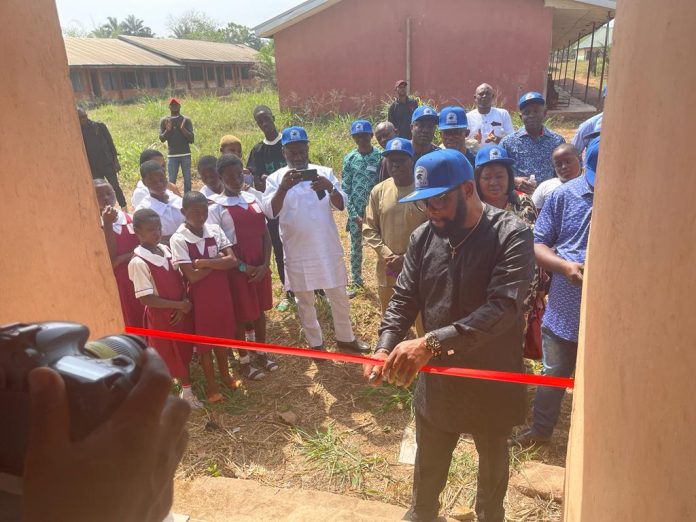 The inaugurated infrastructure including a Water Scheme and Rehabilitated Toilet Facilities, were among the two days programmes of activities to mark reunion of the various sets of students of the school that was founded in 1979. 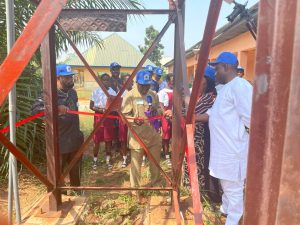 The executed projects were another major landmark recorded by the Old Students Body as it had in the past donated hundreds of school furniture, amongst others, in about three years after its formation.

Inaugurating the Water Scheme, the Chairman, Board of Trustees, BOT of the Association, Engr Emmanuel Lote Uzuyem, said availability of clean water was a big challenge in the school, hence the intervention of CHISOSA. Engr Uzuyem who was among the 1985 set of the school, explained that “water is life“ and that its absence in any environment could be very devastating.

While commending those who contributed immensely towards the realization of the project, Engr Uzuyem expressed happiness over the successful execution of the Water Scheme. 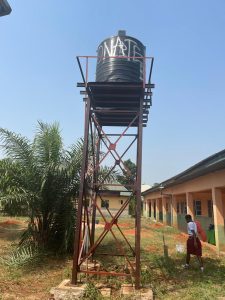 “CHISOSA is complimenting the effort of government in providing enabling environment for teaching and learning in Comprehensive High School, Igbodo by embarking on the water project. During our days in school, we were not privileged to have a pipe borne water. I therefore urge the students to maintain the facility and make Judicious use of it while also promising that CHISOSA would embark on more projects to give back to the institution that moulded members as giants in the society”, Uzuyem stated.

Commissioning the Toilet Facilities, the pioneer Senior Prefect who is among the 1984 set of the school, Mr Micheal Uwelue recalled with nostalgia the good old days in the college, saying that Toilet Infrastructure had always been an issue in the institution. 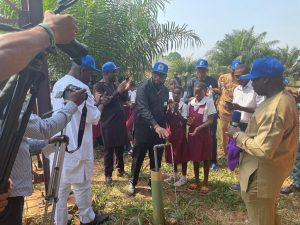 Mr Uwelue urged the beneficiaries to put to good use the restrooms to check any further messing up of the environment as a result of unavailability of toilet system.

The pioneer Senior Prefect also charged the students to remain focused in their studies, while calling on teachers to be dedicated to the noble teaching center profession.

Chairman of the Project Implementation Committee, Mr Martin Nnamdi Okocha, said the two inaugurated projects were in good shape as their execution were effectively supervised from conception to finishing.

Mr Okocha expressed optimism that the provided infrastructures will go a long way to ameliorate the sufferings in the past by both teachers and students when the facilities were not available in the School environment. 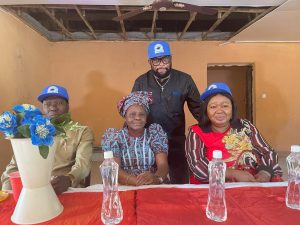 Speaking on behalf of the Staff and Students of the School, a Senior Science Teacher who is also an Old Student of the College, Mr Victor Ahaba, commended CHISOSA for the initiative to execute the landmark projects.

Mr Ahaba promised that the facilities would be properly utilized to encourage more of such development in the College.

In separate interviews, the first Head Girl of the school, Dr Augustina Ebenuwa and another former Senior Prefect of the college, Mr Davis Iyasere, expressed concern over the decay of infrastructure in the Institution and called for more positive actions. 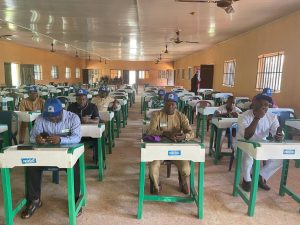 Dr Ebenuwa and Mr Iyasere affirmed the resolve of the Old Students Body to promote academic excellence in their alma mata, stressing that Comprehensive High School was among the leading schools in the good old days.

In her remarks while addressing Members of the Association, the Principal of the School, Mrs Helen Morka expressed gratitude over the intervention of the Old Students to the development of infrastructures in the College as well as its efforts to promote good conduct among teachers and students in the institution.

Mrs Morka however highlighted many other issues confronting the College and urged the Old Students Body, individuals and other stakeholders to help address the challenges in order to further enhance teaching and learning in Comprehensive High School, Igbodo. 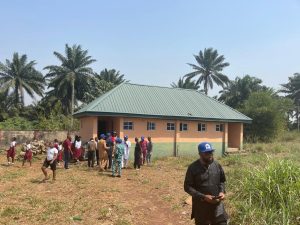 Other activities for the two days Reunion Programme of the Association were Meeting with Parents and Students, Football Match between Old and Current Students of the School; Presentation of Proposed Projects for 2023, Lectures by Dr Dumebi Ideh of the 1985 set of the school, now a University Don; Cultural Dances; Admission of New Members and Presentation of Awards to deserving winners.