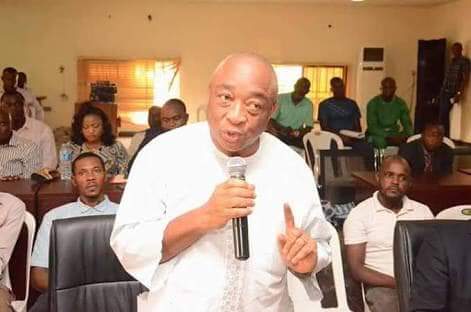 Governor of Delta State, Senator Ifeanyi Okowa, has expressed sadness on the passing on of Chairman and Managing Director of ULO Consultants Limited, Chief Uche Okpuno.

Chief Okpuno who hails from Asaba, Oshimili South Local Government Area of the state, reportedly died at his Abuja home yesterday. He was aged 65.

In a statement by his Chief Press Secretary, Mr Olisa Ifeajika, Okowa said that the demise of Chief Okpuno was a great loss considering his contributions to humanity and to the growth and development of Delta.

The governor stated that Okpuno’s death had created a huge vacuum among indigenous construction companies, which his firm, ULO Consultants, was a critical stakeholder in the state and country.

“The news of the passing of Chief Okpuno came to me as a shock because he wasn’t reported to be sick.

“He lived a life of service to his state and country and will be long remembered for the legacy projects his company handled for the state government.

“On behalf of the government and people of Delta, I condole with the Asagba in Council, his family and the good people of Asaba on the demise of their illustrious son, Chief Uche Luke Okpuno.

“Although death is the way of all mortals, our prayer is for God to keep us further to attain our glorious destinies in Christ Jesus.

“May God grant the family and all those he left, the fortitude to bear the loss,” he said.

The deceased’s company was responsible for the construction of the Asaba Airport and the Old Government House among other landmark projects in the state.