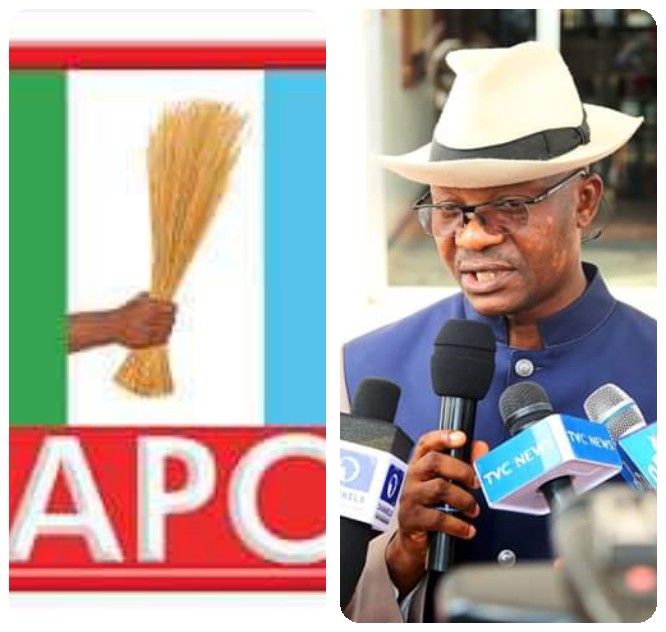 The All Progressives Congress, APC Delta State Chapter has called for immediate apologies from the State Commissioner for Information, Mr. Charles Aniagwu to the people of Delta State, saying that he misinformed the people over the trending video of two Nigerian Soldiers who threatened to attack Warri women and abuse their daughters.

The soldiers in the said video also said they will transmit HIV AIDS to the women and their daughters, a development which sent fear and apprehension to the residents of Warri. But Aniagwu, the state information commissioner had dispelled the video, saying it was not true but a product of enemies of the state.

However, in the evening of Friday, the Nigerian army headquarters and the Governor Ifeanyi Okowa of Delta state posted both on Facebook and Twitter that the two army officers were arrested in Ikeja Lagos.

The arrest has made the statement of Aniagwu null and void, a development which indicate that there was no consultation or verification before dishing out the statement.

In a statement made available by the APC publicity secretary, Sylvester Imonina, the party said Aniagwu goofed and should therefore apologize to Deltans and resign honourably.

The Statement reads in full:

Threat Video: APC chides Delta Government for taking side with Soldiers, demands apology
The primary purpose of every Government is to provide, and protect her citizens from external aggressors and those who do not mean well for her citizens. That is, the welfare of the people is the most important duty of government.

Based on an ugly incident resulting to recent death of one Mr Pessu, who lived in Warri, information was rife in the social media that some angry youth allegedly molested some men on uniforms. Though, the action of the youth was said to be a spontaneous reaction to the shooting to death of the said Mr. Pessu, discerning mind/most Deltans expressed their disenchantment with the reaction of the youth and/ or what happened.

Meanwhile, as a fallout of the above, some overzealous soldiers threatened to unleash mayhem on women in Warri. Shockingly, instead of Delta State Government’s condemnation of such threat, and using soothing words to calm the nerves of Deltans, the Government, through its Commissioner for Information, told journalists, without investigating the veracity or otherwise of the threat issued by the misguided soldiers, feebly tried to cast aspersions/doubt on the viral video, to the effect that the video was concocted to create confusion and defame the Nigerian Army.

Information in the news, available to APC, Deltans and Nigerians says that the soldiers who issued the said threat were later found out to be serving soldiers in 9-Brigade, Ikeja military Cantonment, Lagos State. They have been arrested by the Authority. We say, Thank you to the Nigerian Army and other security agencies for the security architecture put in place in fishing out those soldiers.

Presently, what baffles Deltans and people of goodwill is the speed of light with which Delta State Government came out to create an excuse for those soldiers! Whose interest was the State Government, through her Commissioner for Information serving?

The Commissioner for Information ought to know and should know that “a threat to any Deltan(s)is a threat to the collective corporate existence and sacred humanity”.

But for the responsive and prompt actions of the Nigerian Army, the Commissioner for Information was sowing seed of hatred among Deltans that perceived “political enemies were the ones trying to create confusion in Delta State”. In recent times, it is audible to the deaf and clear to the blind that Delta State Government play politics with every constructive criticism, meant for the good/welfare of Deltans!

APC, Delta call on the Government of Delta State to apologise to Deltans for the embarrassment and misguided statements used against Deltans and those whose interest is a better Delta State for the good of Deltans. There is no gainsaying the fact that Delta State Government goofed on this present issue of security threat to Deltans. Deltans deserve apologies.

Because of the collossal embarrassment caused Deltans by the Commissioner for Information, most Deltans have lost confidence in him. They can no longer trust the Government, with information coming through him. We therefore call on him to resign from that exhorted position honourably. That is the right thing to do at this point.

We call on Deltans to continue to tow the line of peace. There is no better option to peace, if we must achieve Delta of our dream.

Once gain, we appreciate the Nigerian Army/security agents for apprehending those soldiers who issued out the threat, capable of sending fears and causing confusion in Warri and her environs. The Nigerian Army had once again shown that it is a responsible organization.