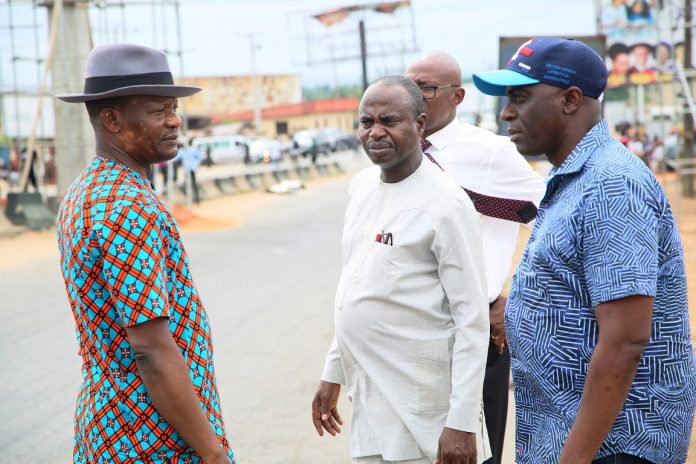 The Delta State Government has said that the stay-at-home directive was not intended to punish citizens of the state.

Secretary to the State Government (SSG), Mr Chiedu Ebie, stated this on Saturday while the state’s Task Force on the Enforcement of the directive was monitoring situation around the Asaba capital territory.

He told newsmen that local government council chairmen across the state had been mandated to set up makeshift markets in primary schools within the communities to enable residents purchase food items.

According to Ebie, nobody is trying to punish anybody or step on anybody’s right. I appeal to all residents and Deltans to please take the exercise very seriously.

“For those that are sufficiently educated, exposed and enlightened, it’s incumbent on them to please educate other people, because people have different beliefs and come out with different theories about COVID-19.

“But, the fact is that COVID-19 is real and needs to be taken seriously.

“As a state government, we are working very closely with the local government council chairmen. We are trying to put appropriate measures in place too.

“The local government chairmen are setting up markets in available schools within the communities and we will continue to improve on it too, so that the burden attached to the sit-at-home order will be ameliorated.

“The government is stepping up its game to monitor the activities of commuters across Delta State and to ensure that foreigners don’t encroach on the state illegally.

“Also, we have advised everybody involved – the security personnel, those in monitoring and even good Samaritans, to exercise discretion in dealing with the sit-at-home order.

“As you know, there are exemptions to the rule as applied by the Governor when he made the broadcast. So, we need to ensure that some of these people can still go about their normal businesses, especially those that are exempted,’’ he said.

Also speaking, Commissioner of Police in the state, Mr Hafiz Inuwa, appealed to Deltans to be patient with security operatives while identifying themselves.

“We have addressed the issue of harassment severally. Our people are very inpatient, sometimes there might be queue and you have to identify yourself.

“It is that process of waiting on the queue as a result of identifying yourself that was where people do complain, otherwise once we confirm that you are a medical officer, either private or public, we allow you to go and discharge your duties,” he explained.

On his part, Commissioner for Information, Charles Aniagwu, called for increased cooperation from Deltans, saying that the lockdown was in their best interest.

“As per the reason why we are shutting down, why we have to enforce it because we believe in people not moving out of our state or coming in so that we can isolate whoever that must have contracted the virus and treat the person.

“But when people fail to comply, it makes things very difficult; it means that after the two weeks they would make the job of government very difficult and we don’t hope to cause an extension.

“So, let people cooperate so we don’t call for extension, because if they don’t cooperate and we are not able to deal with this virus, it means that government may extend the shutdown you are seeing now.

“Let’s cooperate for these two weeks, and I appeal that we don’t engage in actions that will make government to see the need to extend the lockdown; that’s why we are pleading with our people to please bear with us for this period.

“This is so, so that at the end of the day we would be able to deal with this virus.

“It’s important that we know that the essence of these whole thing is to stop the Coronavirus from spreading to our state, or in an event that it comes, we are able to arrest the spread, that’s the essence.

“This is because after the pandemic, we can make the economy to recover, but anybody who dies as a result of the virus cannot be brought back to life after the challenge,” Aniagwu said. 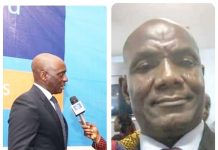 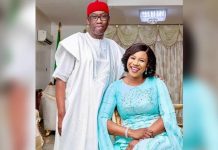