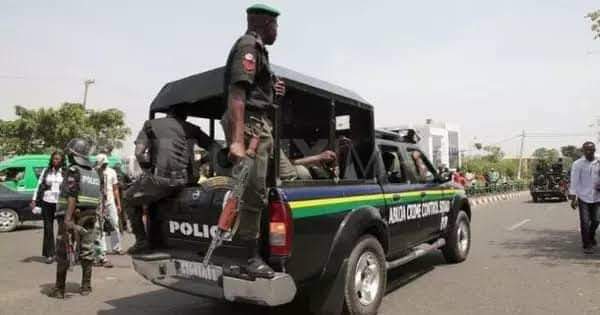 A crack team of Policemen from Force Headquarters Abuja, on Wednesday last week arrested Mr Sunday Okoro Ukwejemifor (AKA G1), a notorious criminal and leader of the dreaded White Ladder cult group, who has been terrorizing Sapele and its environs over an alleged assassination attempt on Mr Sunny Nwakego.

Mr Okoro, a Special Assistant on Security Matters to Delta State governor, Ifeanyi Okowa has been on the watch list of security operatives since 2009 as a result of his alleged involvement in kidnapping, arson, unresolved murder and armed robbery  was arrested along with six others;   Ayomanor Tobore, Romeo Okoro, Precious Oghaje, Blessing Isaba, Eseoghene Ogheneovo and Iwarri Mosco.

His arrest, our correspondent gathered was a fallout of a failed assassination attempt on Mr Sunny Nwakego, a a prominent businessman in Sapele, whom Okoro allegedly hired five hitmen from Port-Harcourt, Rivers State to kill, but luck ran out of them, leading to the arrest of three of the suspects, while two others are at large.

According to a senior police source in Edo State Police Command where they are currently been detained, who spoke to us anonymously, said that following a confessional statement by the three arrested suspected hired killers, Okoro and other 6 were picked up.

He explained that Okoro, Alisa G1 and six others arrested suspects are currently being interrogated while moves are on to track down other flying suspects in connection with the case.

“Mr Okoro arrest followed a the confessional statement made by three suspects who were earlier arrested following intelligence by some of our men in Sapele. On further interrogation, they confessed that Mr Sunday Okoro, (G1) hired them from Port-Harcourt, Rivers State to kill one Mr Sunday Nwakego.”

“As we speak, the investigations are ongoing, though there has been pressure from top politicians from Delta State for the case to be transferred to the state, I can assure you that we will be very fair and thorough in this matter. If at the end of the investigations; we found out that they have no case to answer, so be it, but we shall certainly not succumb to pressure,” he added.

Mr Okoro was allegedly fingered in the gruesome murder of late Oghenebrorhine Lucky Tetebe on October 17th, 2009 who was killed for allegedly reporting him to the police for his alleged involvement in armed robbery.

He was also accused of killing Akpojevughe Miller Tikaraye on August 2009 for refusing to join White Ladder cult group and one Mr Saturday Agbamu in February 2nd, 2011 over a little misunderstanding.

Recall that following the tension generated by Mr Okoro and his gang, Okirighwre community youths numbering over 50 on August 29, 2015, stormed Asaba, the Delta State Capital, protesting against the activities of a cult group known as White Ladder in Okirighwre community, Sapele Local Government Area of the state.

The protesters blamed the numerous cases of murders, arson and kidnapping since 2009 on the cult group.

Defying the heavy downpour, the protesters marched on the Delta State Ministry of Justice where they tendered a petition to the office of the Department of Public Prosecution demanding an investigation into the alleged murder, arson and kidnapping cases against the group led by one Okoro alias G1.

They accused some politicians of the ruling PDP in the state of being behind the cultists who allegedly worked for their election victories.

Recall that SAHARAREPORTERS and other medium had on, June 05, 2016, reported how the said, Mr Sunday Okoro and four of his boys engaged men of Special Anti-Robbery Squad (SARS), Force Headquarters Abuja, who came to arrest him in a gun duel leading to the death of one of his gang member simply called Niteman.

The dreaded cult leader was subsequently arrested at Abuja, but was, however, left off the hook following the intervention of a prominent politician from Sapele who allegedly used Mr Okoro in the 2015 generation.

Mr Okoro instead of facing prosecution following his arrangement in cult-related crime in Sapele, at the Magistrate Court 1V, with case file charge number, is MS 193C, asked the court presided over by Magistrate O. C Usiata, on June 02, 2016, for two adjournments through his counsel to travel to India for medical attention, which was granted, he, however, remained in the town terrorizing witness to the case.