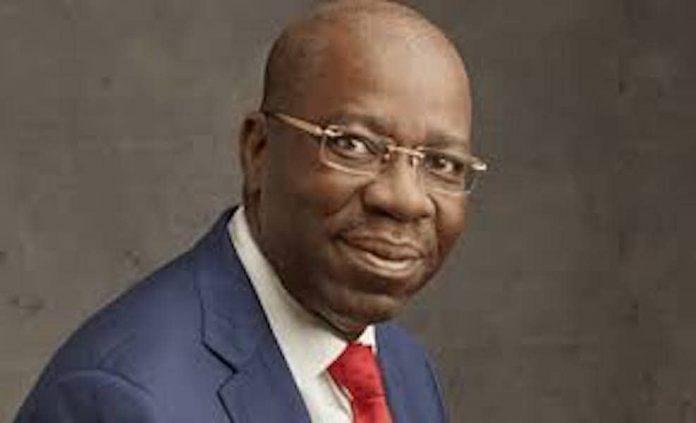 The Speaker of the Delta State House of Assembly, Rt Hon Sheriff Oborevwori has congratulated the Governor of Edo State, Godwin Obaseki on his re-election as Governor under the platform of the Peoples Democratic Party  ( PDP ).

In a Press Statement by his Chief Press Secretary, Mr Dennis Otu, the Speaker described Governor Obaseki as a  man of destiny, saying his victory is well deserved.

According to the Statement; “The long awaited Edo state Governorship election has come and gone with the Candidate of the PDP and incumbent Governor Obaseki emerging as the winner. His victory at the Saturday, September 19, 2020 Edo state Governorship election is well deserved. The Governor  is a man of destiny with determination to lead his people to the Promised Land and I want to laud  the people of Edo state for voting massively for Governor Obaseki”.

While commending all PDP Governors and Party faithful for standing solidly behind Governor Obaseki, the Speaker said that;  “It is a good thing that collectively, we have returned Edo state back to the PDP family. South South is the home of the PDP and I want to Commend all those who made the victory of Governor Obaseki possible. We give God the praise”.