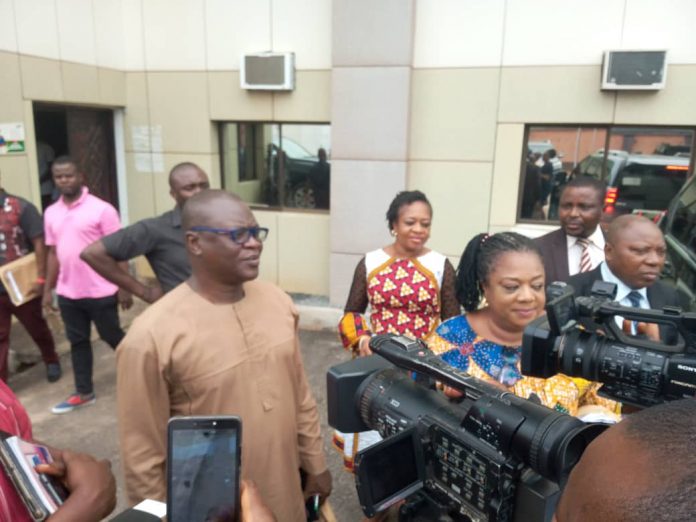 The Delta State House of Assembly says issue of women empowerment and development is of global concern as everybody is interested in it.

Hon Onwo who represents Isoko South 2 in the House said there was the need for more government policies and programs towards women development and empowerment.

The Lawmaker called on the Commissioner in charge of the ministry, Mrs Flora Alatan to come up with ideas that would empower more women across the twenty-five local government areas of Delta state.

Hon Onwo also charged the Commissioner to reach out to non governmental organizations and other critical stakeholders for sponsorship of women related programs in the state.

The Lawmaker stressed that empowering the women will not only improve their status but make them self-reliant and create peaceful homes in the society.

He particularly raised the issue of financial assistance to women in rural communities to support their small scale businesses.

Flanked by Honorables Pat Ajudua, Asupa Forteta, Innocent Anidi and Peter Uviejitobor, Hon Onwo assured that his led Committee will partner with the ministry to perform optimally in the 2021 fiscal year.

The Commissioner for Women Affairs, Community and Social Development, Mrs Flora Alatan said the ministry was already empowering the women through training and cash gifts to boost their businesses.

She also disclosed that physically challenged persons were being engaged in skills acquisition programs as well as rehabilitation of destitute persons.

Mrs Alanta explained that women empowerment had remained top priority of the Okowa-led administration with a prospect that more women will be empowered in the state.

The Commissioner told the Lawmakers that inadequate budgetary provisions for the numerous programs, activities and projects of the ministry was a big challenge.

Mr Alanta solicited for the support of the Committee towards addressing the challenges, even as she disclosed that the ministry is proposing the sum of eight hundred and thirty two million naira as capital expenditure for 2021 financial year.