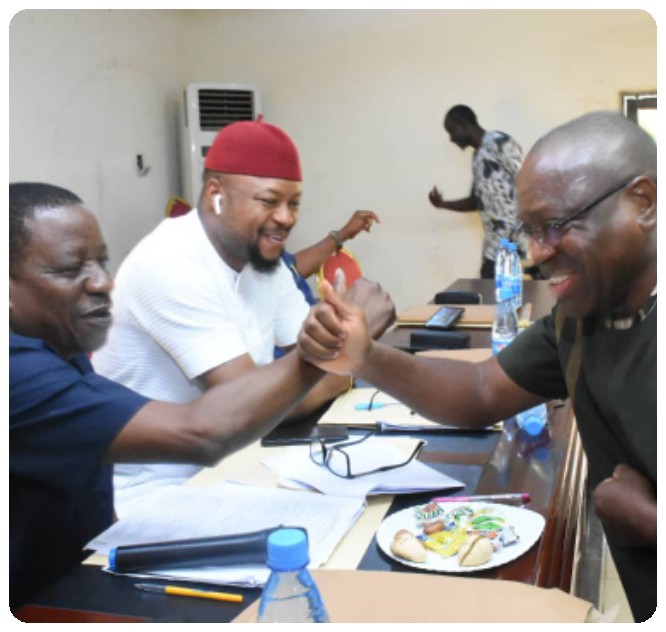 The Delta State House of Assembly Committee on Special Duties has charged government ministries, departments and agencies under it supervision to improve on their performances in the 2021 fiscal year.

The Chairman of the Committee and Deputy Chief Whip of the House, Hon Solomon Ighrakpata gave the charge when members played host to the MDAs for the defense of their 2021 budget estimates.

Addressing officials of the Job and Wealth Creation Bureau, Hon Solomon Ighrakpata who represents Uvwie Constituency in the House, said the agency is so relevant to the realization of the Stronger Delta mantra of the state government.

Emphasizing that the activities of the Bureau was key to the success of the Okowa’s led administration, Hon Ighrakpata explained that no state can advance further without creating jobs and wealth for the teaming youths.

He commended the State Job and Wealth Creation Officer, Prof Eric Eboh for the feet achieved so far and expressed optimism that the Bureau will do better in the 2021 financial year.

Hon Ighrakpata said the recent act of legislation by the Delta State House of Assembly that gave legal backing to the operations of the Bureau was an added impetus to perform better.

He urged the Job and Wealth Creation Officer to always involve members of the Committee on the activities of the Bureau as visits to training centers of its programs would serve as moral booster to the trainees.

The Lawmaker pledged the support of the committee to the Bureau.

The State Job and Wealth Creation Officer, Prof Eric Eboh, told the Lawmakers that the several programs of the office had provided many youths the opportunity to be self reliant.

He said the activities of the Bureau was hampered by outbreak of Covid 19 pandemic, disclosing that the approved one point three eight billion naira for the 2020-2021 program circle is yet to be accessed.

Prof Eboh expressed the hope of better budget performance in the 2021 fiscal year 2021 and solicited for the support of the committee.

The State Bureau for Special Duties led by the Commissioner, Mofe Pirah and the Directorate of Sustainable Development Goal, SDG, among others also appeared before the Hon Solomon Ighrakpata led Committee on Special Duties to defend their year 2021 budget proposals.