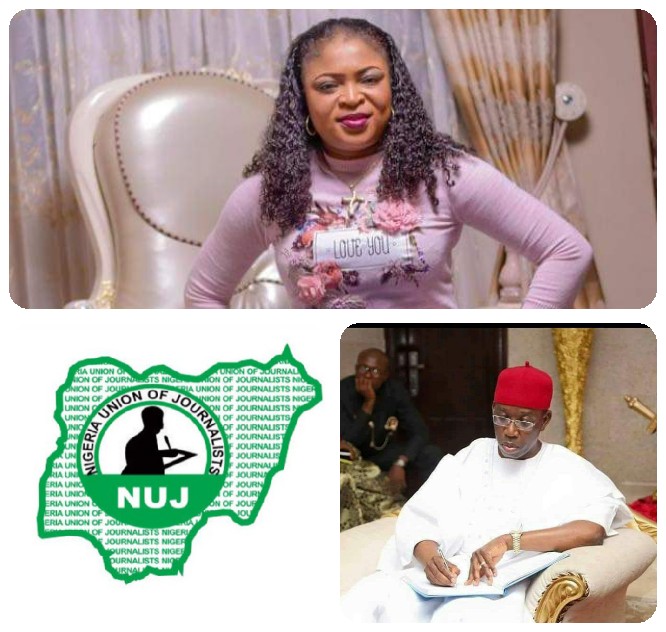 The Nigeria Union of Journalists (NUJ) has joined other well-wishers to felicitate with Miss Elohor Agbra of NTA Asaba, on her recent appointment as Special Assistant on Media to the Deputy Govrrnor of Delta State.

In a statement by the Delta State Council of the NUJ, endorsed by the Chairman, Comrade Michael Ikeogwu and Secretary, Comrade Churchill Oyowe, the union described the appointment as a welcome development for practising journalists in the state.

According to the council, the appointment represented reward for commitment and dedication to service, saying Agbra had over the years carved a niche for herself in reportorial assignments of the Office of the Deputy Govrrnor.

The council thanked the Govrrnor of Delta State, Senator Ifeanyi Okowa for once again considering a practising journalist in state for such appointment.

The union expressed confidence in the capacity of Miss Agbra to deliver successfully on her new assignment and prayed God to engrace her afresh to surmount the challenges ahead.