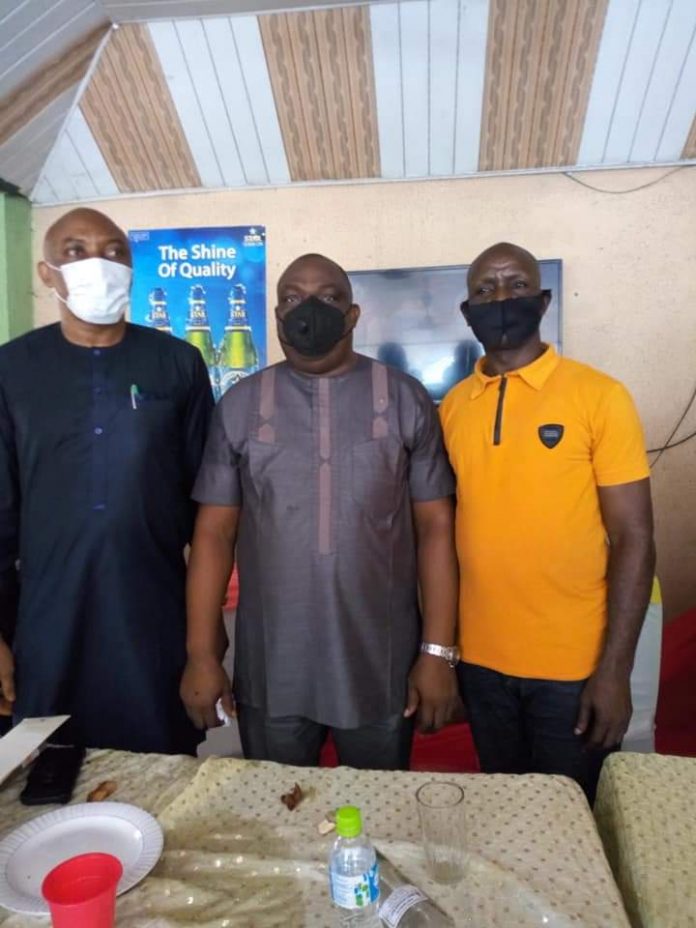 Leaders, chieftains and stakeholders of the People’s Democratic Party, PDP, in Ethiope East Local Government Area of Delta State, resolved on Saturday 13th February in Kokori, that henceforth meetings shall be held at the party’s Secretariat in Isiokolo, no longer in the private residence of any leader.

It was also resolved that members of the party from top to bottom should work round the clock to ensure the victory of the party and candidate during the forthcoming council elections in the state, while party LGA Chairman, Hon Felix Erhimedafe, will henceforth preside over party meetings, a paradigm shift from the old practice wherein the LGA Leader hosted and presided at meetings.

The meeting which was conveyed by the Special Adviser to the Governor on Community Enterprise Development, Hon Sunny Akpodioga Emeyese, addressed vexed issues of autocratic and despotic leadership in the party, wherein some persons in the LGA used their official capacity and positions to impose their decisions on majority of the leaders, chieftains and critical stakeholders in the party.

Emeyese said the party in the LGA can no longer be left in the firm grip of a few party officials who behave as if the party has been mortgaged to them, adding that a situation where few persons meet somewhere and take decisions affecting the rest of us without due consultation, negates the principle of “all inclusiveness” in party politics, it weakens the strength of the party and subsequently creative bad blood within the rank and file of the party.

He noted that certain individuals were becoming more powerful than PDP in the LGA, pointing out that a “rule of the few” cannot be the ideal strategy if the party is to make reasonable and/or meaningful progress, and called for unity across board so as to enable the party win governorship elections in the LGA.

Honourable Commissioner for Urban Renewal, Olorogun Arthur Akpowowo, who was among leaders sidelined in recent decisions in the affairs of the party in the LGA, noted that such repulsive attitude frustrates unity, peace and progress, and as such those involved in the unpopular “divide and rule” system in the running of the party in the LGA, should know it that their attempt to coerce and undermine majority of the leaders, chieftains and stakeholders can no longer be tolerated under any circumstances.

He appealed to aggrieved members to shield their swords and work towards the victory of the party and council chairmanship candidate, Hon Victor Ofobrukueta and the councillors.

Chief Fredrick Adun said it appears some of the prominent party members in the LGA, are using their position and office to intimidate other leaders and stakeholders, adding that those concerned should stop the unholy practice and do away with abuse of power and misuse of their positions in the party at state and LGA levels, so that the party can commence early strategies towards winning Gubernatorial Elections in 2023.

Chief Tony Oboroh, who was visibly unhappy with turn of negative events in the LGA, said few persons arrogating “We know it all” to themselves should realise that party politics will always be a game of numbers, adding that abuse of power and misuse of office and/or position have negative consequences, for the fact that power is transient.

Oboroh, who received a standing ovation for building, furnished and commissioned a gigantic administrative block for the council during his tenure, further stressed the need to identify the major causes of gubernatorial election failures, tackle them head long under a strong, creative, result oriented and visionary leadership in the party at the LGA level, so as to win 2023 Ethiope East State Constituency and governorship elections.

Executive Assistant to the Governor on Communications, Dr Fred Latimore Oghenesivbe Esq, said whenever majority of party leaders and stakeholders indicate interest to stay away from crucial meeting, the ideal thing for the LGA party chairman to do is to put the meeting on hold, call emergency stakeholders and leaders meeting to resolve grey areas before fixing a date, pointing out that a situation where few leaders undermine and disregard other leaders points to despotic and autocratic leadership.

He said recent events and happenings in the LGA chapter of the party, calls for worry, which is why those involved in autocratic imposition of their decisions on the majority must never be condoned, not now, not in the future, while urging leaders, stakeholders, chieftains and party faithfuls to unit and work for the victory of the council chairmanship candidate, Pharmacist Victor Ofobrukueta, councillors and the party during council elections on March 6, 2021.

Tony Edafioghor expressed displeasure over the new wave of authoritarianism and “who are they” style of leadership recently introduced by a few persons within the party at the LGA level, noting that a situation where individuals are becoming more powerful than the party, calls for a concerted efforts to end the tide, and bring about unity, justice, equity and good conscience for the benefit of the party and victory in future elections, particularly gubernatorial elections in the LGA.

It was resolved that Ehiope East Political Forum, EEPF, should be revived, and to hold monthly so as to enable leaders, chieftains and stakeholders table their requests, ideas, recommendations and complaints, which shall in turn be deliberated upon at the meeting and consensus decision adopted, to avoid decision of a few persons.

Highlight of the meeting was the vote of confidence passed on the State governor, Senator Dr Ifeanyi Arthur Okowa, for his foresight, visionary leadership, wealth and job creation; and for spreading infrastructure development across the three senatorial districts and still counting.

The meeting noted that Delta State, has developed tremendously judging by the number of star projects which includes; the soon to be commissioned Ultra Modern Mega State Secretariat, Stephen Keshi International Stadium, the ongoing construction of the Kwale Industrial Park, Asaba International Airport becoming one of the major domestic hubs, regular payment of state workers salaries, etcetera, and urged Deltans to continue to support Okowa administration. 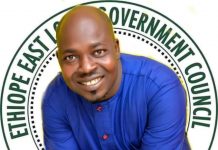