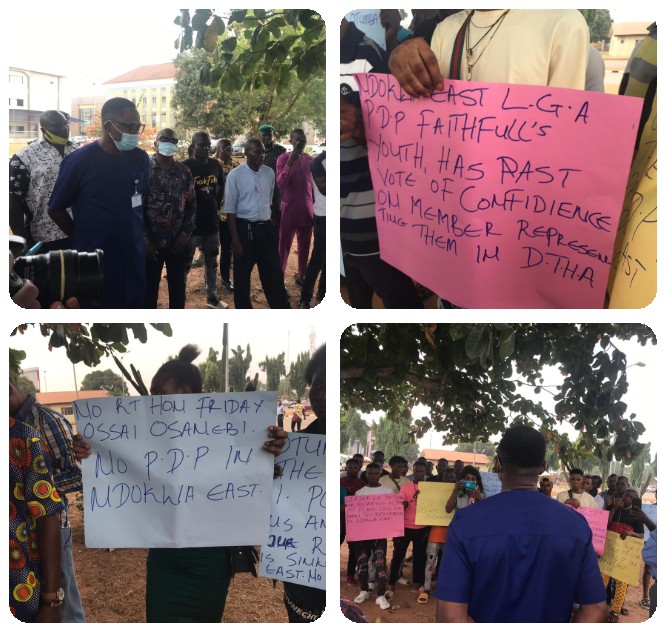 The Member Representing Ndokwa East Constituency in the Delta State House of Assembly, Rt Hon Friday Ossai Osanebi has enjoined youths in Ndokwa Nation to remain committed to peace and good governance of the state.

Rt Hon Osanebi, a former Deputy Speaker of the House, gave the advice while addressing a group of youths from Ndokwa East Local Government Area who stormed the State House of Assembly Complex, Okpanam Road, Asaba on solidarity visit.

The Lawmaker commended the placards carrying youths for believing in him as well as their support for Governor Ifeanyi Okowa and urged them never to loose focus in that regards.

Rt Hon Osanebi stated that the People’s Democratic Party, PDP led administration in the state has provided quality leadership to the people, saying that Ndokwa East Council area had remained a stronghold of PDP.

The Lawmaker called for massive mobilization for PDP in the forthcoming 6th March 2021 local government councils elections in the state, particularly in Ndokwa East, saying that victory for PDP candidates can never be compromised.

Rt Hon Osanebi urged the youths to shun acts inimical to their progress and not to make themselves available as instruments to blackmail others.

“I didn’t expect what I am seeing today but to God be the glory. I don’t know what you are apologizing for as I can’t remember having any issue with you, but whatever thing you feel you have done to me, God is the one that judge and only Him forgives. In your speech there were some statements you made. I can tell you publicly that I don’t have any problem with my Governor and I believe that PDP is one family. The only thing I can tell whoever that is planning anything against PDP is SORRY. And if you believe in me, let us all continue to support PDP and keep on voting and believing in PDP”.

“Anywhere you feel you might had gone astray which I don’t know, I employ you to retrace your steps. Let us all continue to speak in one voice, let us not betray ourselves, let us continue to stand in one team. God is the only one that gives power and He give it to whoever He pleases. As you go back home, continue to believe in God. Whatever God can not do, does not exist. I have nothing against anyone and I really appreciate the show of love shown me by this solidarity visit. I will continue to carry as much as I can, hoping in God always for more grace”, Osanebi stated.

Earlier the leader of the visiting youths, Mr Morrison Osundu, commended Osanebi for his strides in lifting standards of lives in Ndokwa nation.

Mr Osundu regretted actions in the immediate past by some of the youths in Ndokwa East local government area and apologized for being misled by those he described as envious to the good works of Osanebi.

He appealed to the state governor, Dr Ifeanyi Okowa to continue to work closely with the Ndokwa East Lawmaker as he is a man of the people, saying that there is no better alternative to Osanebi in grassroots mobilization and development.

Mr Osundu pledged the resolve of the youths in Ndokwa East to continue to support Dr Okowa, Rt Hon Osanebi and the PDP. 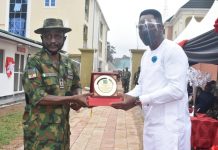