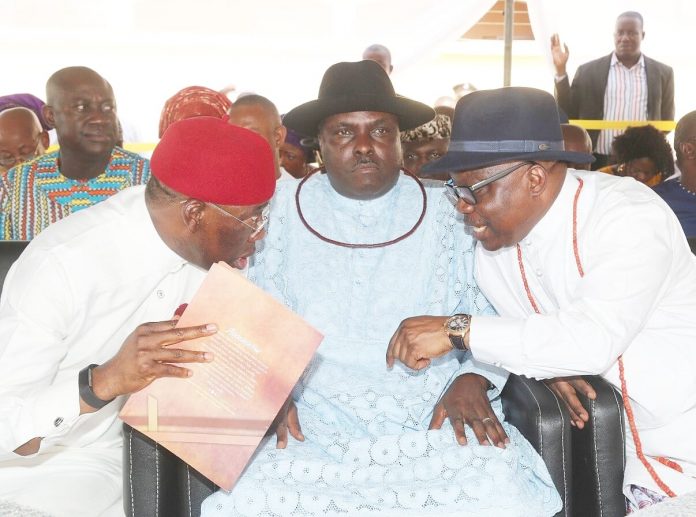 Leaders and stakeholders meeting of the Delta State Chapter of the Peoples Democratic Party, PDP, held in Asaba on Tuesday 5th April, resolved that all aspirants who have procured expression of interest and nomination forms will have to test their individual popularity in free, fair and transparent primaries across board.

He warned aspirants and their supporters not to approach PDP headquarters in Abuja, with the intension of hijacking the process, and advised them to do the needful by approaching delegates to canvass for votes ahead of the primaries.

In the same token, the two past governors and the incumbent, Chief James Onanefe Ibori, Dr Emmanuel Uduaghan and Senator Dr Ifeanyi Arthur Okowa, urged aspirants never to drop their names while on consultations to party leaders and delegates to lobby for votes.

“No aspirant is permitted to say that he or she has been endorsed or anointed by governor Okowa, Chief Ibori or Dr Uduaghan. It is fraudulent to drop our names. Don’t do it, please.

“As the state party leader and your governor, I want to reassure all aspirants that Primaries shall be free, fair and transparent. There is no cause for alarm, get prepared and do the needful to win.

“It is forbidden for any aspirant, leader or stakeholder to approach PDP in Abuja or Principal Officers of our party to hijack the process.

“Our party is united for victory in 2023. I urge aspirants to focus on reaching out to delegates in the state, canvass for votes ahead of party Primaries,” Okowa said.

Former governor of the state, Chief James Ibori said the capacity of the state governor to oversee credible primaries was not in doubt, adding that all will surely end well and PDP shall win elections in a landslide victory in the state, come 2023.